Home View Latest A helping hand on the streets of Belfast 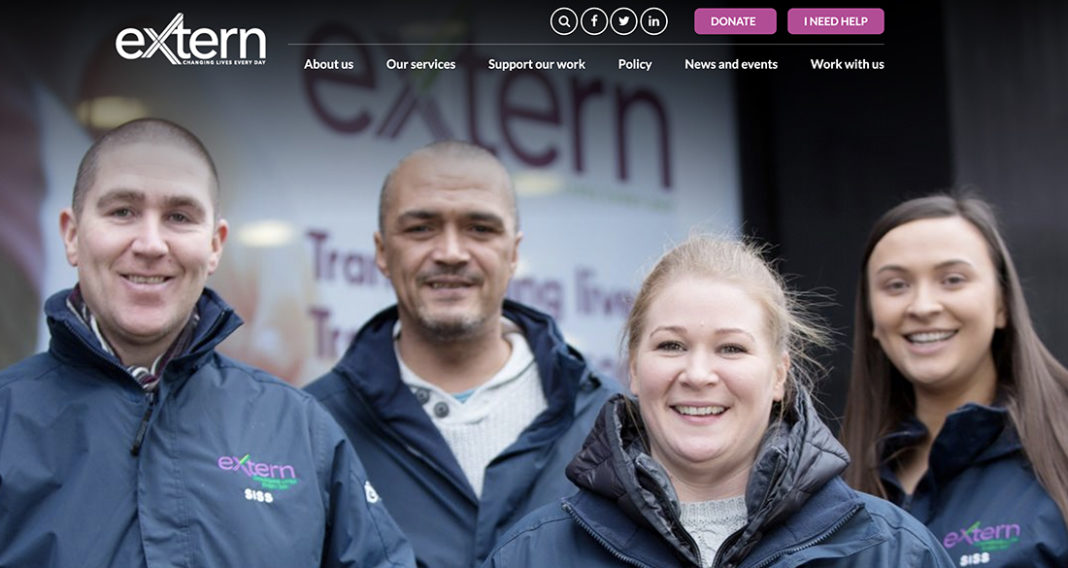 My heart is pounding on a bitter cold day in Belfast. A young drug user has just come up to me and three frontline members from the charity Extern to say that he thinks his friend is suffering from an overdose in the heart of the city.

I had been invited by Iain Cameron, the manager of Extern’s Harm Reduction Services, to join him and two other members of his team as they took part in a daily patrol of the city centre. Their aim is to support drug users and to help signpost them to services who may be able to help them.

The scene that I witnessed was extremely depressing. A young man, perhaps in his late 20s, was slumped on a bench in a busy street. He had just taken some drugs. The Extern team were caring and professional as they looked after him. They got him into a day hostel once they established that his life was not in immediate danger. Afterwards, I spoke to Iain to find out more about the type of services which Extern offered.

“Our Harm Reduction Services do what it says on the tin. We reduce harm related to drug and/or alcohol use. The projects I manage are mainly to do with drug dependency and more so to do with heroin injecting. We have two outreach services. One is our street injector support service. That service currently employs two people, but it’s backed up with a number of other staff for out-of-hours work. We work Monday to Friday, from 8am to 9pm; Saturday, from 8am to 6pm; and Sunday – from 9am to 5pm,” said Iain.

What sort of numbers and ages are you encountering on the streets?

We try to provide as a holistic a service as we possibly can. It’s really whatever the person says they need

“On average you’re talking to about 30 to 40 users a week. One day you might see 20 of those individuals, another day you might see only five.The breakdown is normally two-thirds male and a third female. There’s a bit of a change in terms of their ages at the moment. Previously it would have been mainly in the 25 to 35 age group. Unfortunately, we’re starting to see a younger cohort now – from 18 years of age to 20-year-olds,” replied Iain.

“Those that we’re engaging with, and seeking to engage with, are heroin injectors. They’re also using a number of other substances. The most common ones, apart from heroin, would be diazepam, pregabalin (also known by the brand name Lyrica, or the street name ‘bud’). We’re also encountering, what would have been called in the past legal high or novel psychoactive substances or synthetic cannabinoids, but which on the street is known as ‘spice’ or ‘herbal’.

I asked Iain what could Extern offer if drug users chose to seek help.

“We try to provide as a holistic a service as we possibly can. It’s really whatever the person says they need. There are limits to what we can do, but primarily we are asking them: ‘Have you got a bed for the night?’ or ‘Do you have somewhere to put your head?’ We’ll also refer them to some of the our other teams and services we have. We can also put them in touch with other frontline homelessness services such as the Welcome Centre, Depaul Ireland and Simon Community NI.

What was the biggest challenge his team faces?

“The biggest problem is people with a severe drug dependence, a severe mental health issue and who are also on the streets and homeless. For those people to try and access treatment is very hard.

I thanked Iain and his team and headed homewards. I was looking forward to a meal and a warm house. But I also found it difficult to remove that grim image from my mind of the young man, lying on a bench in the middle of the city, with a very uncertain future in front of him.

LATEST ISSUE: As thousands grapple with the cost of living, VIEW’s latest issue looks at the state of housing in Northern Ireland, the Republic...

VIEW: An insight into Digital Exclusion