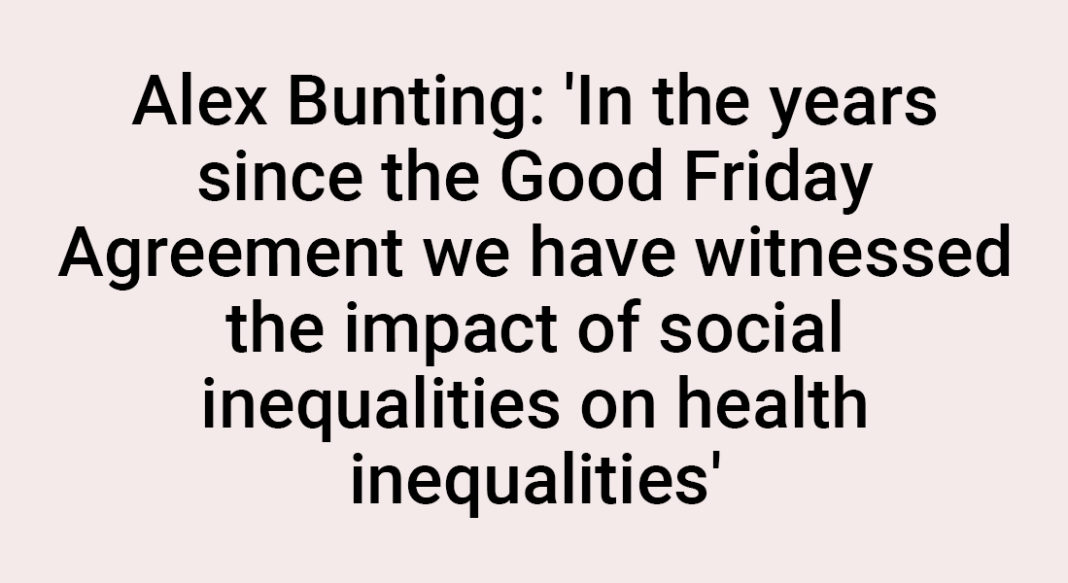 I was first drawn to work with people who have substance misuse issues 17 years ago when I saw the impact that alcohol and drugs were having in my own community.

Growing up in north Belfast, I lived through the latter years of the Troubles and witnessed first-hand how alcohol and other drugs became an increasing problem. My motivation at that time was to help young people find alternatives to alcohol and drugs and support those who found themselves struggling with addiction. I wanted to help build support services that would address these evolving issues in a post-conflict Northern Ireland and I continue to strive to do that today.

When I reflect on that time I increasingly see the true impact of the Troubles on substance misuse – the links with trauma, poor mental health and the lack of resources and strategy to address such needs. The established misuse of alcohol, over prescribing of medication and lack of mental health infrastructure have created further challenges for those communities trying to deal with and recover from more than 40 years of conflict.

In the years since the Good Friday Agreement we have witnessed the impact of social inequalities on health inequalities, reflected across a range of indicators, including increases in alcohol and drug-related deaths, increases in suicide rates as well as the prevalence of certain physical health conditions.

There is no doubt that substance misuse and addiction impacts across all socio-economic levels. However, research has increasingly highlighted the links between trauma and addiction, with a disproportionate impact in areas of greater deprivation and poverty.

The evolving drug culture in Northern Ireland has also mirrored that of other developed countries. We have increasingly witnessed drugs, such as heroin and cocaine, take hold of and spread through communities while there has been a growing trend towards poly-substance misuse and more chaotic drug use.

The issues have been further compounded by over-use of prescribed medication with Northern Ireland being a world leader in prescribing rates of anti-depressant and anxiety medications. There has also been a growing appetite for opioid pain medication. The combined impact of this is reflected by year-on-year increases in drug-related deaths with latest figures showing a 40 percent increase from 2017-2018 and a 112 percent increase since 2008. (NISRA, 2019). Similar trends have been observed in alcohol-related deaths with an overall increase in the last decade.

The over use of pharmaceutical drugs has been in part driven by the under-investment in our mental and physical health services and increasing demands for services. This has created an untenable situation for health professionals who struggle to offer alternative non-pharmaceutical solutions to those in need and feel a duty to offer medication in light of lengthy waiting lists for services. The huge social cost of substance misuse in Northern Ireland is undeniable and research has indicated that the impact of alcohol costs up to £900 million per year.

It is important to highlight the excellent services being provided across Northern Ireland to help those seeking support for substance misuse. Huge efforts have been made to reduce the stigma related to substance misuse, incorporate social support, reconnect people to their community and encourage more people to step forward and seek help.

There is no doubt that we all have a role to play in addressing these issues and it is encouraging to see mental health and substance misuse being prioritised in the ‘New Decade, New Approach’ document.

I look forward to the development of a comprehensive drug strategy that encourages cross-departmental responsibility for prevention, intervention and recovery. The people who use services need to be at the core of all that we do.

• Click here to read the full publication of VIEW magazine’s issue on addiction.