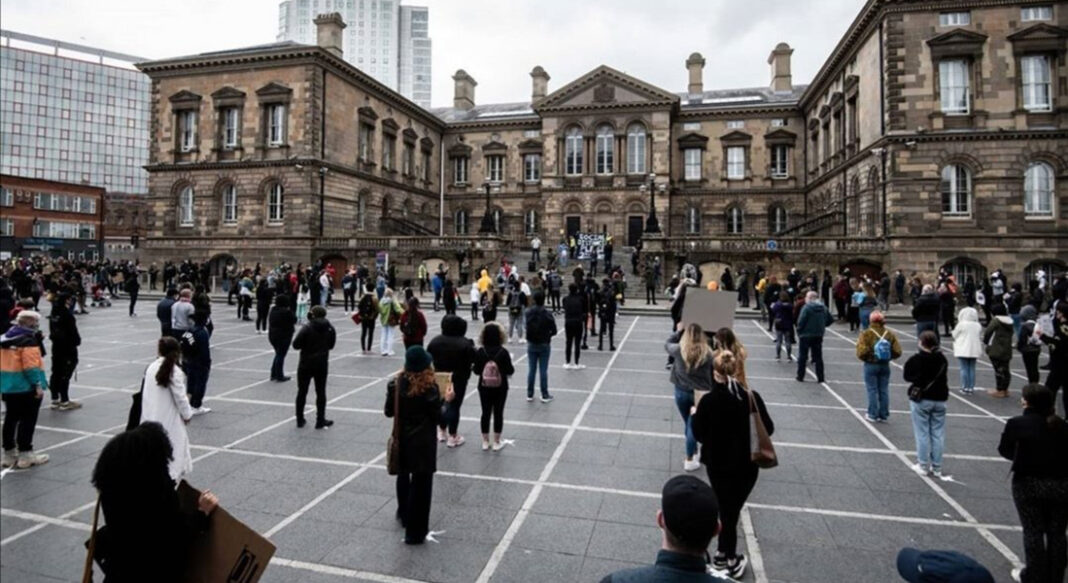 Amnesty  wants those fines voided, and an investigation into racial profiling.

Mr Corrigan said: “A choice has been made to use quite significant policing resources to make penalties and threats of prosecution against people involved in a socially distant protest – but not used in other circumstance when people were coming together for other purposes.

“In this instance what we’re saying is there a very clear, fundamental right to peacefully protest and the police and the government should be taking steps to allow that happen – rather than this approach which is punitive and deterrent in nature.”

He said there had been “mixed messages” from political leaders.

He added: “There is a matter of wider concern and confusion. The regulations simply do not address the question of protest so instead police are using the context of social gathering when people actually have a human right to assemble.”

Brian Gormally, Director of the Committee for the Administration of Justice (CAJ), said: “We have serious concerns both about the confused and unsatisfactory nature of emergency legislation in Northern Ireland and the policing operations over the past weekend in response to the Black Lives Matter protests.

“The regulations here do not address the right to protest and instead the PSNI is relying on powers designed to restrict social gatherings that only became enforceable the night before the protest.

“The enforcement powers themselves are so vaguely drafted that they are reminiscent of the notorious Special Powers Acts.

“We urgently require clarity from the Executive and PSNI to ensure that the regulations expressly uphold the right to protest in an effective and safe manner.”

Human rights lawyers have vowed to get the fines quashed and a fundraiser to cover protestors’ penalties – at £60 a piece – has raised almost £19,000.

But both the First and Justice Ministers have defended the police response as “proportionate”.

Arlene Foster said: “We can all understand why there was a desire to protest and to make their voices heard but at the same time that was against the coronavirus regulations in relation to mass gatherings.”

“But there was a breach of the law, I think police acted in a proportionate way.”

She added: “It’s once again feeling like any conversations about race are being shut down – people of colour, black people and migrants who were involved in organising the protest were ultimately affected.”

But she said people from different communities coming together had also given “so much hope” for grass roots organising in NI.

VIEW: Inspired by the powerful stories of migrant women living in...

Latest issue of VIEW: Covid-19 pandemic – We salute our brave...

Plans for Europe’s first gym for children across the autistic spectrum...