Home News Belfast Council told it has ‘lost the trust’ of Botanic residents over... 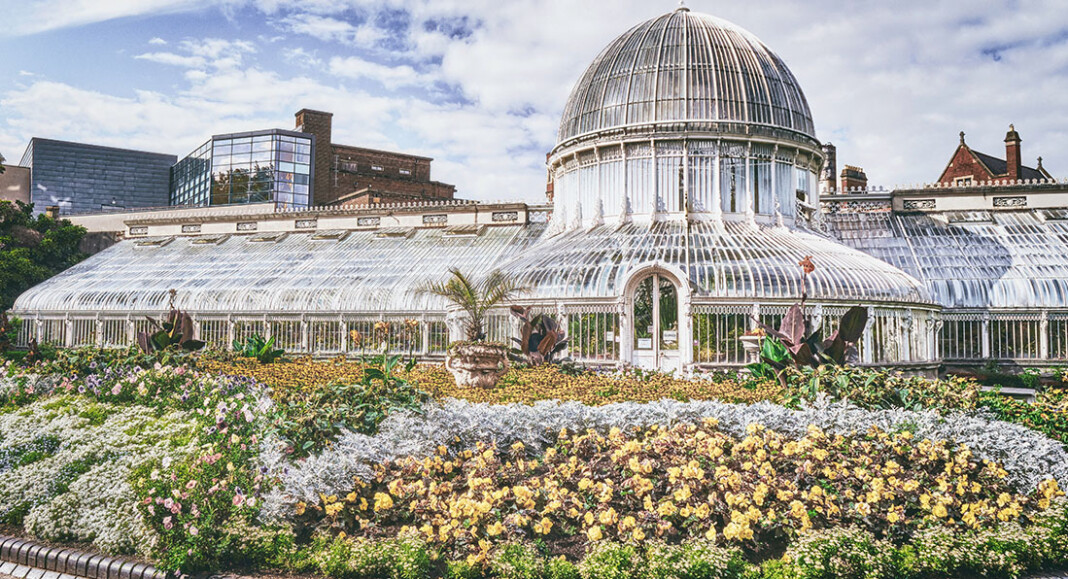 Belfast City Council has been told it has “lost the trust” of Botanic residents after the Bright Lights event last winter.

At City Hall this week a spokesperson for residents living around Botanic Gardens gave a searing critique of the council’s decision to give up the park to the Bright Lights in Botanic Gardens event, run by a private company, between November 13 to January 9.

The family event illuminated the public park with a trail involving more than 18,000 bulbs, 25,000 metres of neon tubes, 10,000 metres of tree lighting and 160 lanterns, soundtracked by Christmas themed music.

Questions were raised at the time about ticket pricing – with the cost for a family of two adults and three children going above £85.

At the monthly meeting of the council’s People and Communities Committee on Tuesday, June 7, Botanic resident Lisa Thompson told councillors: “I think you are aware of the huge groundswell of opposition, disappointment, and in the end, bewilderment, experienced by residents and tourists in and around this event.

“I think both the longevity of the event – as you know the gardens were disrupted for over three months – but more significantly the extent and nature of the disruption, dramatically affected people’s quality of life.

“To have the gardens commandeered – and I use that word deliberately – totally unexpectedly, was profoundly upsetting. The Great Lawn, the Palm House, the expanse in front of the museum, the Bandstand and surrounding areas were closed off. Access to the Japanese Gardens and the walkways was limited for over three months.

“One of the most beautiful sites in the city was to all intents and purposes closed down. Yes you could navigate yourself through it, but the beautiful and restful community of the gardens was lost.”

She said: “Local residents were given no warning whatsoever that this kind of event was taking place, and there was no consultation with those people whose lives would be impacted. We weren’t provided with any information on either the event or how to contact managers concerned with complaints – of which there were many.

“Noisy generators were on all night, non stop, for over three nights. There was literally no respite from this event at any point. Lights were blaring into people’s windows, and when my neighbour asked for a light to be removed or turned off, they were actually jeered at, and asked to wear sunglasses to bed. This was unfortunately typical of how people were treated throughout the event.

“Another neighbour was left in tears after being shouted at by a security guard and told to put her dog on a lead. The security staff are private citizens and have no right to make council orders as far as I understand it.

“The use of cars in the park was completely normalised throughout this event, and 4X4s were coming and going throughout the day. Women and their buggies, a disabled relative, and my own toddler were aggressively beeped out of the way, and these were just instances witnessed by me. It became unsafe to use this park as a pedestrian area.”

She added: “When the food court was abandoned, they didn’t open up that space to the community, including the Bandstand – which is used for Tai Chi, dance classes, music, any community event you can think of. But they used it for parking one 4X4.”

Ms Thompson told councillors she mentioned the Bandstand area was the only place in the gardens to shelter from rain apart from the toilets, but said she was “scoffed at.”

She said: “It is important to emphasise that we understand as local residents that the gardens need to be used on occasion for profit making activities. We are not lacking in pragmatism.

“The current run of concerts, run by Aiken Promotions, is a good example of how something can be done well and responsibly. You can probably hear a band rehearsing in the background, but it feels like it has been done respectfully. These are loud concerts – but it feels like there has been communication, the music ends at 11, and it only lasts for two weeks.

“If you look at how light events are organised in other cities, our event was infinitely inferior. The lights event in Dublin takes place in Dublin Zoo. Do you think they would hand over St Stephen’s Green to a totally unproven company? I really don’t think so.”

She added: “The fact the council handed over a beautiful space, one that features heavily on all of our tourist literature, has totally eroded trust between us as local residents and the council. We felt like we were left powerless, uninformed, and totally disenfranchised.

“We were given no recourse for our complaint other than to the very people who were making our lives hellish. My question is this – Is it worth it? Is it worth breaching the trust of the local community and the people who use the park? Is it worth the reputational damage for the council? As I say, what other city would allow the park to be colonised in this way with such blatant disregard for the space?”

She asked: “As the cost of living crisis continues, are you going to prioritise an extortionately priced event over providing free green spaces for the people of the city?”

Before any councillor replied to Ms Thompson’s deputation, the council’s legal representative cautioned elected representatives on giving a reply. She said: “For those asking questions, I ask them to remember that the council is responsible for the language which is being broadcast in respect of this meeting, and I would ask the speaker to reflect on the language she is using to describe the event promoter. Issues are to be raised but it is important they don’t stray into areas that could be construed as defamatory.”

Green Councillor Anthony Flynn said: “It is a broad account of issues that I think are felt across the community. Certainly we have been hearing some similar complaints through our party and from members on the ground. It is very disappointing to hear this.”

After the resident’s deputation, the committee had a private and restricted session, away from the public and press, discussing the Bright Lights event. The reason given was “by virtue of information relating to the financial or business affairs of any particular person (including the council holding that information)”.

The council has said throughout that Bright Lights was a commercial event and was not funded by the local authority. It has not given information relating to how much money it made from allowing the organisers to stage the display in Botanic Gardens