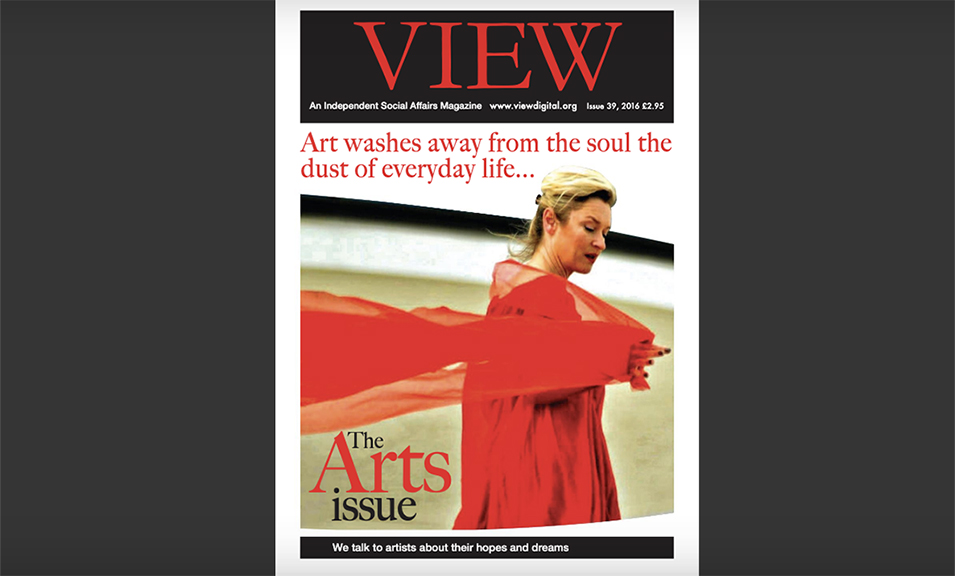 Twenty years ago I arrived in Northern Ireland believing it was probably one of the most exciting places in the world to make theatre.

There was a sense that anything could happen, post-conflict money on the table to fuel dreams, ambitions. The daily conversations were still consumed by paramilitary activity and the excitement of violence but boundaries weren’t as clearly defined, bringing both rocky change and fierce uncertainty. Whether there was money about or not here was as fertile as it got for an artist.

Independent arts companies and organisations, community and professional sprang up, performance courses in Tower Street, new venues, all provoking opinion and life and death conversations such as should the Lyric Theatre move to the city centre or stay put.

All talk was about building an infrastructure and creating product; new work that would track the recent past and vision the future.

And with all this great excitement and opportunity arrived the bureaucracy and it appeared then that any artists that had taken on the responsibility of running an organisation were now being creatively strangled by the beast they had birthed.

Over the years I worked out of three organisations. Community Arts Forum, Creative Writers Network and Kabosh Theatre Company. I look back and realise that in the midst of all of this great optimism, fear, uncertainty, blurring boundaries and the push to make new work, the old cobbled streets of Cathedral Quarter were working on me and teaching me something I wouldn’t have learned so well anywhere else.

The delicate foxtrot or the uncompromising fight necessary to make any work happen, the bureaucratic acrobatics, the capacity to co-ordinate a multiplicity of very demanding needs, the desire to hear what was intended rather than spoken and the excitement of hearing the shouldn’t-be-said, said, all crammed my head. Things were always writ large, often with no subtlety, revealing the internal workings of the system’s clock.

Twenty years ago I didn’t understand that the days of being an artist that operated in a singular fashion – sitting in the attic writing or painting in a garden – were numbered. In the future, artists would be required to employ a range of skills with a broad range of people, all built around their core art form. A vast amount of artists here have risen to this challenge, some of them are represented in this issue.

Poet and Irish President, Michael D Higgins spoke to Theatre NI members some years ago. Two points resonated: He felt it was a mistake to ally the arts with commerce. On reflection, an alliance with science would have been more beneficial to the arts, given that risk, experimentation and failure were expected aspects of discovery. Secondly, rather than building society upon an economic structure it would be wiser to create a robust cultural landscape from which a serving economic structure could emerge. The same isn’t true of the reverse as we now know.

Unfortunately, arts makers will still have to embrace risk and build upon what’s left of the cultural infrastructure without major structural support.

It would be difficult to quantify the role culture and arts have played in bringing Northern Ireland to where it is today but if we reverse the lens we can be sure that Northern Ireland has shaped each of its artists indelibly, has offered learning, insights and perspectives wrought from a strange kind of knowledge born from a conflicted society and a provocation to create an artistic response.

I’m not sure the art makers here are always aware that what they know is of such extraordinary value, worn down as they are through lack of consistent support or funding but it is there, like gold glinting through the repairs to this old cracked cup of a place.

Crushed by the Cost of Living crisis

Book review: ‘Everything is True’ – A junior doctor’s account of dealing with the onslaught of Covid’s first wave amidst her own private grief