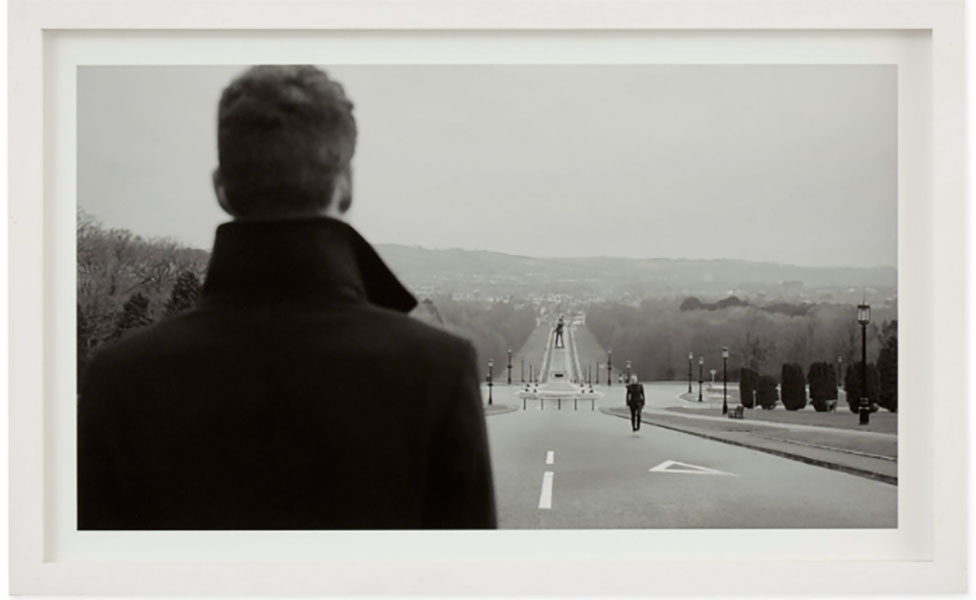 Right to Work:Right to Welfare (R2W), PPR and The MAC Belfast have teamed up with artists for a Christmas campaign with a difference: to highlight poverty and distribute money, food and heat directly to people who need it by fundraising for Whiterock Children’s Centre (west Belfast), The Larder (east Belfast) and the Marrowbone Community Hub (north Belfast). Mary McManus, manager of the East Belfast Independent Advice Centre (EBIAC), writes about why people should support this initiative

The kindness of artists and activists combined is aimed at helping people weather the storm of a global pandemic, manifestly inadequate benefits and poverty pay.

Those of us who work in the advice sector have witnessed a significant amount of poverty, pain and suffering since the financial crash in 2008.  The subsequent policy choices of austerity and Welfare Reform brought wave after wave of people to our doors in need of assistance.

I have been giving talks about the high levels of poverty here for years. The pandemic has plunged more people into poverty and has laid bare the poverty that already existed.

As far back as 2013,  in a report for the Council of Europe, the European Committee of Social Rights found that in the UK, the minimum levels of short-term and long-term incapacity benefits, state pension and jobseeker’s allowance were ‘manifestly inadequate’, as they fall below 40 per cent of the Eurostat median equivalised income.  The rates they were paid at were then frozen from 2016 to 2020 when they rose by a meagre 1.7 percent.  They remain well below what people need to live on.

Not even the £20 increase in Universal Credit awarded at the onset of the pandemic could render it anywhere near enough to live on per week.  This increase was not given to those who continue to received Jobseeker’s Allowance and Employment Support Allowance.  If you are subject to the two-child limit and the benefit cap, you will receive considerably less than you and your family need to live on.  If you are paying back a loan that helped you through your five-week wait for a payment of Universal Credit, you will also be living on less.

Due to the pandemic many people have lost their jobs and find themselves dependent on this ‘manifestly inadequate’ social security income.  Recent data from the Nevin Institute tells us that 25 percent of people here are not paid the real living wage, earning a ‘poverty wage’.

Wages have been stagnating for years.  However, the cost of living has been increasing.  If you are on the Furlough Scheme you will be living on 80 percentof this ‘poverty wage.

Due to COVID-19 restrictions, we now provide our advice service over the phone.  The phone rings constantly with people needing advice on redundancy and how to access and retain their social security.  The numbers of people we refer to food banks and to St Vincent dePaul has grown.

This is the background to why artists have rallied together to generously donate their art to raise funds this Christmas.

The auction is organised by the Right to Work Right to Welfare Group, a group made up of people who have experienced their rights being denied.  They have worked tirelessly (mostly on a voluntary basis) to call out human rights abuses and to ask for rights to be upheld.

We recently met with the Minister for Communities, Carál Ní Chuilín who committed to co-designing a process with us to pilot a Human Rights Checklist and Impact Assessment Tool for Social Security Decision Making. This would prevent decisions being made that stop or reduce a person’s income.  Much time in the advice centre is taken up with assisting people who have been turned down for social security.  This and delays in payment is a frequent reason why we need to refer to food banks.

We also raised the issue of the Appeals backlog with the Minister which the Belfast Telegraph reported as totalling 8,351 at the end of October. We know this is causing significant distress and financial hardship for people. We also know that many of these appeals are successful with advice and support. We welcome that the Minister has committed to co-designing a process to reduce this backlog.

We look forward to working with the minister to urgently bring forward human rights protections in our badly broken social security system. But right now we are taking action to get people the money they need without the red tape.

You can help by supporting the #HEART ❤️ auction today: bit.ly/HEARTauction ‘