Home News Comment: We must ensure that refugees are offered safe, legal routes if... 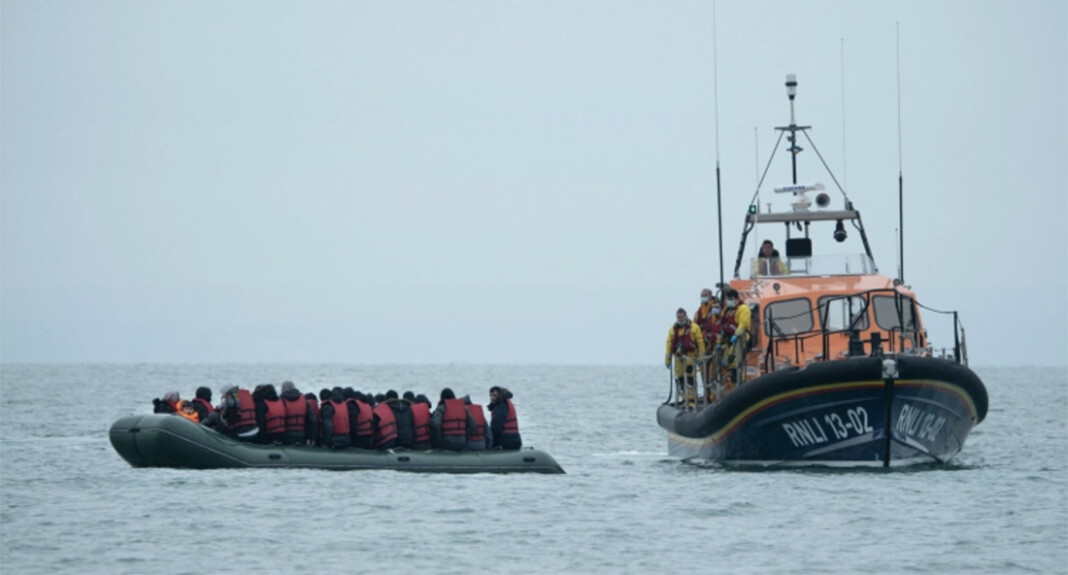 The terrible news this week that 27 refugees; men, woman, and children, had drowned in the English Channel after their rubber boat had capsized, dominated the media headlines.

Many journalists wrote or broadcast pieces which conveyed the horror of the tragedy.

We must ensure that refugees are offered safe, legal routes if we want to avoid more appalling deaths in the English Channel

But it has to be said that this horrific tragedy was all too predictable given the British government’s rigid stance on refugees coming to the UK to try and claim asylum.

The blame game from Conservative Party ministers and its MPs started very quickly. They all said that they were saddened by the deaths, but it was the fault of the smugglers, the French, and even the refugees for trying to enter the UK.

Government sources briefed some media outlets in September that a Border Force team had been training for months in preparation for the start of Home Secretary Priti Patel’s controversial plans to push back refugees on small boats in the Channel who are trying to reach the UK.

Several charities including Care4Calais and Channel Rescue are involved in two linked challenges arguing that Patel’s plans are unlawful under human rights and maritime laws. Freedom from Torture is involved in a third challenge.

Jeremy Bloom, a solicitor at Duncan Lewis representing the charities in the first challenge, said: “The Home Office has widely briefed the press and parliament to say that they have a policy in place that allows them to force boats carrying asylum seekers to leave UK territorial waters. The claimants in this challenge are of the view that any policy is likely to breach the UK’s obligations under international and domestic law, and that any attempts to push back boats may well put the lives of asylum seekers and refugees in real danger.”

Clare Moseley, the founder of Care4Calais, said: “Pushbacks prioritise politics over people’s lives. Refugees are innocent people who were simply unfortunate enough to be born in the wrong place. They are asking for our help. It is inhumane to punish them for this.”

Children’s Law Centre Immigration solicitors in Northern Ireland have offered their condolences in response to the tragic loss of life in the English Channel. The solicitors have highlighted the lack of safe, legal routes as a key factor putting refugees at risk. They have also warned that the situation will worsen as a result of the Nationality and Borders Bill, and current rhetoric painting refugees as criminals.

Barbara Muldoon, Immigration Solicitor at the Children’s Law Centre, said: “We would, first and foremost, like to offer our sincere condolences to those who have lost loved ones in this tragedy. Probably every single person on that boat had someone who was waiting to hear that they had crossed safely. I can’t imagine the grief they currently feel.

“It is deeply troubling to encounter a loss of life on this scale. The lives of vulnerable, innocent people who were desperate for a safer life, including a number of young children.

“At the Children’s Law Centre, we represent the majority of unaccompanied asylum seeking children in this jurisdiction, in their application for asylum. Almost every young person has recounted the horror of small boat crossings at some stage of their journey. The dark, the fear, the cold and the desperate hope. It’s difficult for many to understand quite how desperate that is, but it is the reality they face.

“We owe it to these people to look at why a tragedy like this happens, and we can’t hide from the fact that this loss of life was preventable. Immigration practitioners have made it clear for a long time that this is the reality forced upon refugees due to the lack of safe and legal routes to asylum. Separated and unaccompanied asylum seeking children in particular have no other option due to the ‘blanket prohibition’.

“We also need to face up to the reality that the Nationality and Borders Bill, alongside the current UK Government rhetoric towards refugees and asylum seekers is not going to prevent this. In fact, the vast majority of practitioners agree that things will get worse by further criminalising refugees and weakening safeguarding measures for child refugees. Clause 40 of the Nationality and Borders Bill would even have made it a criminal offence to intervene and attempt to save these drowning people, including women and children.

“We need to collectively denounce the dangerous rhetoric around refugees and face up to the reality that there is no ‘migrant crisis’ in the UK. There is no ‘influx of migrants’. Those coming to the UK are seeking asylum. They have a legal right to do so under the 1951 Refugee Convention. We must re-commit to international obligations and ensure that we protect these people, including young vulnerable children, from exploitation, from the clutches of traffickers and from perilous journeys.”