Home News Comment: What is the price the Government are willing to pay and... 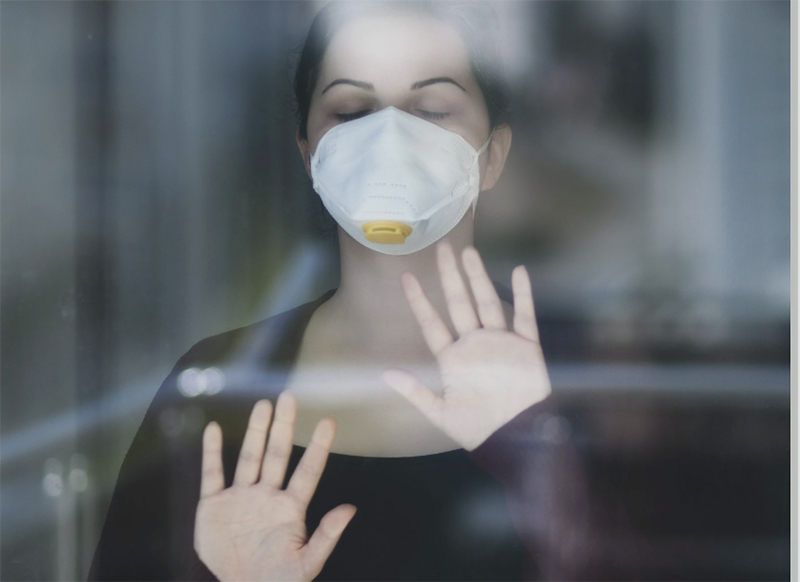 By Sarah Reilly, a disability rights advocate and researcher. She is co-founder and Director of the Women’s Research Centre.

In March 2020, we were advised to stay at home to protect the NHS and those deemed vulnerable to the COVID-19 virus. Mutual aid organisations sprang up across the country to ensure that nobody was left unsupported or without vital resources such as food. Many people spoke to their neighbours for the first time and made eye contact when passing others during the one hour permitted outside for exercise. We had ‘clap for carers’ to show our appreciation for the vital work of key workers. There was a sense of the country pulling together to take care of each other and, in particular, those who were elderly, had a disability or long-term health condition or their carers.

And then it all changed. Mask use declined as people grew tired of wearing them. The real pivot in attitude, however, was when Dominic Cummings refused to apologise for his infamous trip to Barnard Castle to “check his eyesight”. It suddenly felt like a spell had been broken. Grumbles over lockdown became increasingly louder, with some using Cummings’ actions to justify their own law breaking.

Fast Forward to now. Since the vaccination programme began to be rolled out at the start of January 2021, there have been increasing calls for restrictions to be lifted (as well as anti-vaccination protests). Where once we had clapped for the NHS, people now attack healthcare workers because they want their second jab early so they can go on holiday. Watching Euro 2020 football matches, many fans in the stadia or watching in pubs were not wearing masks (those that did often wore them incorrectly). Maria Van Kerkhove, the WHO’s COVID-19 Technical Lead, tweeted was “devasting” as she was “watching transmission happening in front of my eyes”.

Since the announcement of ‘Freedom Day’ the government has emphasised that wearing masks and maintaining social distancing is a “matter of personal choice”, although Prime Minister Boris Johnson has urged people to exercise “extreme caution” in his most recent press conference. Employers are increasingly pressurising staff to return to work, reversing the freedom many disabled people and carers had by being able to work remotely and giving many the impossible choice between work or death. At the same time, attacks on employees for enforcing mask wearing will likely increase if their establishment continues to require customers to wear masks.

Where does this leave the ‘vulnerable’ (a contested term) who the government urged people to protect? The emphasis has switched from wider society to individual protection and responsibility. There have been a number of reports that when the government were making their reopening decisions they had not considered those who have been shielding since March 2020. The most recent government guidance advises those who are extremely clinically vulnerable to take extra measures such as limiting close contact with others, although it stops short of saying they should continue shielding. When announcing this change, Health Secretary Sajid Javid stated that it was the “right time” for the UK to get “closer to normal life”, despite Dame Sarah Gilbert, who led the team who created the Oxford Astra/Zeneca team, warning that the vulnerable may need to start re-shielding if all measures were removed. The government’s response is astounding given that people with disabilities or underlying health conditions make up the majority of people who have died from COVID-19. One study found that 58 per cent of those in England who died from causes involving COVID-19 were disabled.

Disabled people have been consistently forgotten in all major policy decisions from the very beginning of the pandemic with no serious plan in place, such as who was placed on the ‘vulnerable’ list to qualify for online food orders or additional assistance. The government seems to have initially decided to focus on herd immunity and now on vaccination as the primary method of controlling COVID-19 and re-opening society fully. However, children and many working age people with disabilities have been left out of the vaccination rollout or not placed in the highest priority groups, which was highlighted by BBC DJ Jo Whiley when she campaigned for her sister Frances, who has learning disabilities and diabetes, to be vaccinated. It should also be noted that those deemed ‘vulnerable’ are not a homogenous group and so may not all view the rule changes and full reopening in the same way, and so all voices need to be heard.

‘Freedom Day’ will mean further confinement, fear and anxiety for many people. Nevertheless, the government continues to stand by its timetable. What is the price they are willing to pay and how many lives will be sacrificed in the name of ‘freedom’?