Home News Comment: Why compulsory suicide prevention education must be added to the school... 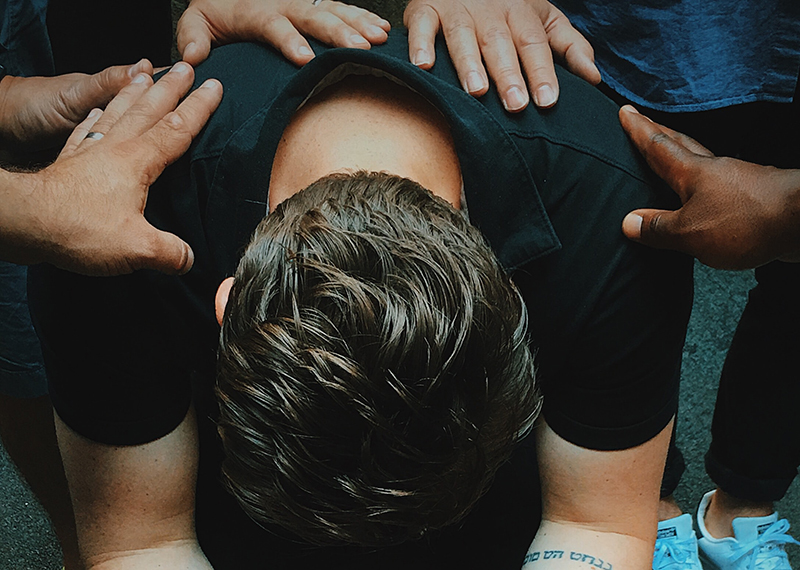 By Harry Biggs-Davison, Chair of Trustees at PAPYRUS

In an average week, at least four schoolchildren, some as young as ten years old, kill themselves in the UK.

A 2021 paper in the British Journal of Psychiatry suggested that 7% of children (a total of over 52,000) have attempted suicide by the age of 17, while the number of 15 to 19-year olds dying by suicide each year has more than doubled since 2010. The likelihood is that these appalling statistics, which reveal a largely hidden national scandal, will get worse as the destructive consequences of Covid and the cost of living crisis impact our children’s lives.

Although the biggest danger to children, statistically, is themselves, as suicide is their most likely cause of death, no one has told them – and their parents most probably don’t know it either. At present, although since 2020 teaching about mental health and emotional wellbeing has been a statutory requirement of the PSHE (now RSHE) curriculum in our schools, there is no such obligation for teachers to focus on suicide prevention. Such is the stigma and ignorance around suicide, that teachers of RSHE can hardly be blamed for focusing on the more positive angle of improving their pupils’ wellbeing rather than dwelling on the horrific reality of child suicide, even if the purpose of doing so is prevention.

Teachers are probably aware that, according to recent research and their own experiences, in a class of 30 pupils of any age between 6 and 16, there will be at least 6 children in that class with a probable mental health disorder, most likely involving self-harm of some kind. They may well consider that even mentioning suicide may put ideas into the heads of the vulnerable young people they are teaching. In fact, all the research contradicts this myth. Indeed, discussing suicide in an age-appropriate fashion is something that needs to be encouraged in our schools.

It is an unpalatable reality, along with drug and alcohol abuse, STDs, racism and homophobia. Those subjects are commonly found on schools’ RSHE curriculum, yet none are as imminently crucial to the lives of the pupils as suicide prevention. Hence it seems to be a no-brainer that this critical topic should be added on, compulsorily, to the Health Education unit of every school’s RSHE curriculum.

Why compulsorily? Well, in my 26 years as a head teacher, it was always a judgment call as to what should form the content of the PSHE curriculum, which then had no compulsory topics. As my school was a Roman Catholic foundation with mainly primary age children, the idea of needing to include suicide prevention in the curriculum never crossed my mind and I was guided by a PSHE course and textbook which reflected the teachings of the Church. The textbook had no chapter explicitly around mental health. To be blunt, only if a topic such as suicide prevention were made compulsory would I have incorporated it. The fear instilled by the school inspection authorities, scrutinising the statutory aspects of the curriculum, would have overridden any personal reservations. And I believe that that is the only realistic way that we can ensure that suicide prevention becomes an intrinsic part of the mental health section of the RSHE curriculum.

Although a couple of my former pupils died by suicide as young adults, in my ignorance, I put these down to tragic, but unexplained, mental health breakdowns. It was a bitter irony that in the last 12 years of my teaching career, my elder son, Patrick, was suffering a gradual breakdown in his mental health, exacerbated by drug addiction, which culminated in his suicide at the age of 25, in 2015. It is to my eternal shame that not once in those 12 years did I take seriously his fairly regular outbursts that life was not worth living and that he intended to kill himself one day. While desperately worried about his drug addiction and half expecting an overdose too far at some stage, I convinced myself that the more he talked about suicide, the less likely he was to die by it.

Having considered myself to be a relatively emotionally intelligent and compassionate head teacher, with always an eye to supporting pupils with dyslexia, dyspraxia, ADHD and the like, throughout my career, the death of my son was the harshest of wake-up calls for me. Patrick’s mental health difficulties were incubated at a very early age and had he, his teachers, his friends and his family some knowledge of his vulnerability to suicide and how we could have taken action to prevent it, then he might be alive today. Unfortunately, the GPs and the mental health professionals we encountered in our efforts to help Patrick, were unable to do so. With our mental health system so dreadfully overstretched and underfunded, I have more belief in the education system’s potential to support children through mental health crises that can lead to suicidal ideation.

Today, as a trustee of PAPYRUS, the only national charity dedicated to the prevention of young suicide, I go into schools and colleges and talk regularly both to teachers and pupils. I have been struck by how so many of the events in schools, supporting our charity and its work, are driven by the pupils themselves. They demonstrate an awareness and passionate concern about the potentially fatal consequences of mental health conditions, which is not always matched by their elders, although I am constantly impressed by teachers’ willingness and commitment to support their young people. As a group, pupils and their teachers really want to learn how they can protect themselves and their school community from the unimaginable tragedy of a young person’s suicide. Hence the need for age-appropriate suicide prevention education in every school.

Last year, the amazing ‘3 Dads Walking’ – Andy Airey, Mike Palmer and Tim Owen – completed their 600 mile walk across Britain. All three lost their daughters to suicide; Mike and Tim’s teenage daughters, Beth and Emily, were lost during the 2020 Covid lockdown. They have raised over a million pounds for PAPYRUS – a massive boost to the life-saving work of the charity, which will enable our national free helpline, HOPELINE UK, to soon operate 24/7. Unlike other helplines, all our advisers are salaried professionals, trained in suicide prevention and, anecdotally, we know that they have certainly and directly saved the lives of children and young people.

The 3 Dads have also urged everyone to sign their petition which calls on the DfE “to include suicide prevention within the statutory guidelines of the new curriculum.” At the time of writing, the petition has attracted over 156,000 signatures, which already means that Parliament will consider this for a debate. An Early Day Motion recently tabled by Dr Neil Hudson MP in Parliament, supporting the principles of the 3 Dads’ petition, has so far been signed by 35 MPs, from all the main political parties. The signals from the DfE in support of mandatory suicide prevention education in schools seem to be encouraging, but the more public demand there is for this crucial initiative, the likelier it is that it will be implemented – and soon. This is a petition that for the sake of our children today and in the future must be supported.