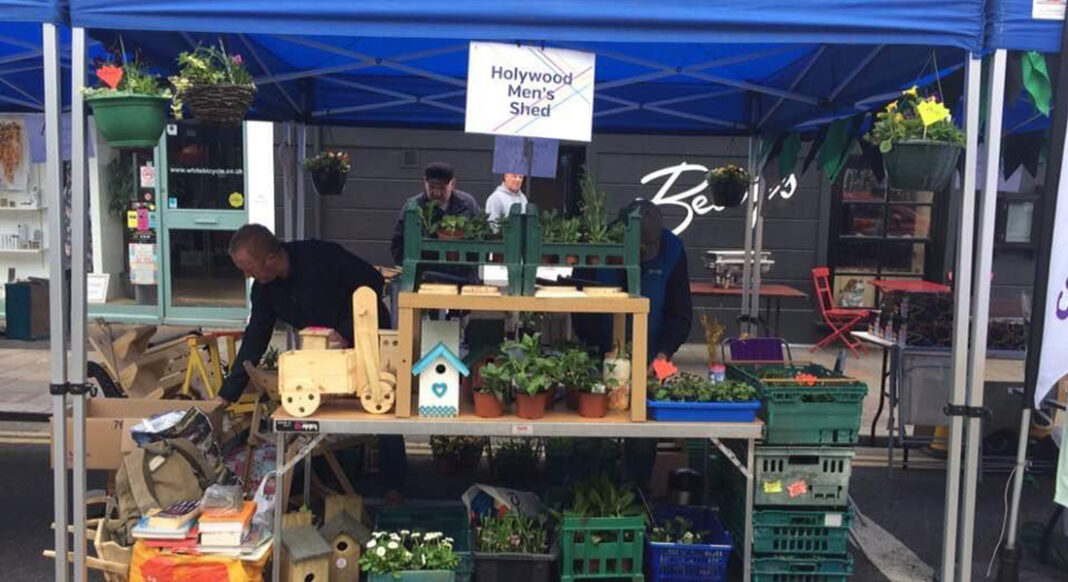 The Men’s Shed movement has been a phenomenal worldwide success since it first originated in Australia. First set up to improve the health and wellbeing of men, it has now spread to the United Kingdom, the Republic of Ireland, the United States, Canada, Finland, New Zealand and Greece.

But what happens when a pandemic comes along and the men have to socially isolate in their own homes?

I recently visited Holywood Men’s Shed at Redburn and spoke to chairman Andrew Moore to find out what was happening since they had to shut their doors on March 24.

Andrew first of all assured me that the premises had recently been sanitised to ensure that members were kept safe and social distancing was the order of the day.

He told me that they had between 45 and 50 members, many of them are single. They have had their premises at Redburn for seven years.  Some of the members had come every day and they are normally open seven days a week.

This Men’s Shed run a range of activities, including organising birthday parties and looking after trees that fall in the forest. They depend on social events to sell their wares as they get little help with the running costs of the shed. The cancellation of this year’s May Day celebration was a big blow to their fundraising activities.

I asked Andrew how his members had coped when the Shed was closed. He explained that many of the regular members were recovering from cancer, heart attacks and strokes – which, in many cases, had led to depression. Being able to come along and mix with other ‘shedders’ had helped to lift their mood but since it was closed that depression had began to surface again

Sam Budd, whose brother Glenn is also a member, and Dave Tapper joined us. Sam told me how his cancer diagnosis had made him depressed but he found that coming to the Shed had helped as there was plenty for him to do.

Dave told me that he had suffered a couple of strokes and had felt useless sitting at home. He said that since he had joined the Shed he was able to stop using a rollator and was enjoying doing joinery work. He has, in collaboration with the Clandeboye estate, been working on a project to reintroduce pheasants into the woods at Redburn. “I love it here,” Dave said.

Since the easing of the lockdown, Holywood Men’s Shed has been slowly getting back to normality and Andrew is determined to get it up and running fully again soon. They have lots of outdoor space available so adhering to social distancing guidelines is not a huge problem.

You can check out their Facebook page at Holywood Men’s Shed.

Many thanks to the men who spoke to me, including Andrew, Sam, Monty, Dave and Glenn.