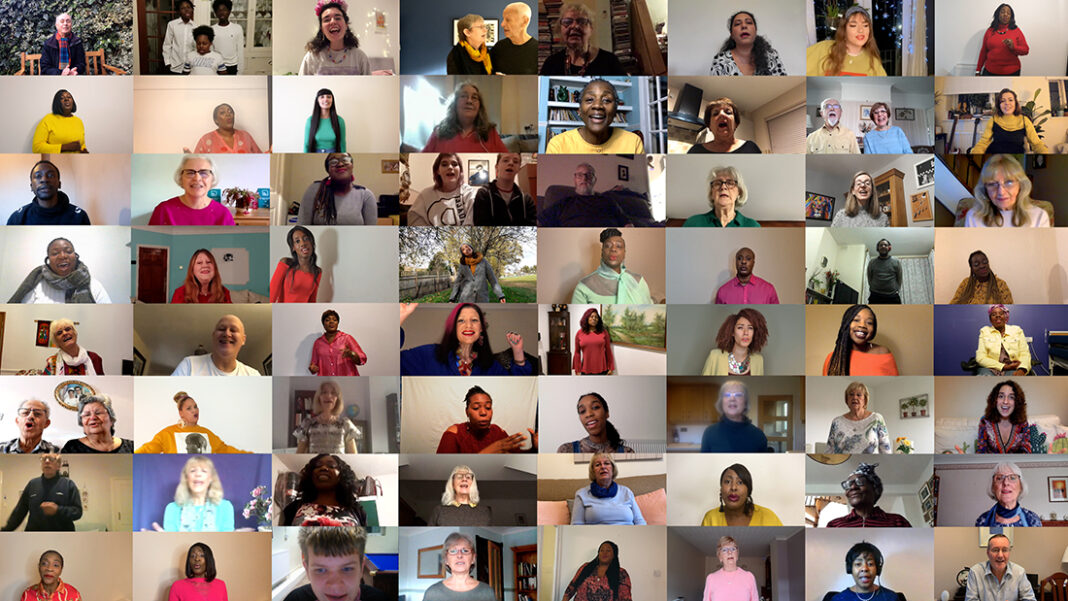 A musical video, ‘We Begin Again’ was launched today to reflect on the impact that the pandemic has had on all our lives and to offer hope for the year ahead

Written by Olivier award winner James Graham (This House – NT, Quiz) and produced by The Guardian in partnership with the National Theatre, We Begin Again features a multi-generational cast reflecting on their individual lives and the impact 2020 has had on them. 100 community members from the National Theatre’s Public Acts programme sing a hopeful chorus encouraging everyone to ‘begin again’. Filmed both on location and remotely, this online musical is a clear product of these unique times.

This is the first time the National Theatre has collaborated with The Guardian to create a musical and an example of the innovative ways a news website, an arts organisation and a record label, can interpret the year gone by and bring the performing arts to a global audience during a time when many theatres have been forced to close or reduce their audience intake.

Emily Lim, Director of the National Theatre’s Public Acts programme said, “It has been such an exciting, new experience creating this piece with our amazing Public Acts company. It is the first time we’ve ever made a film, and the first time our community members in Doncaster and London have united to collaborate together, cross-country! It has felt so important to stay creative and connected with one another at this time, despite all the restrictions, and we can’t wait to share this message of renewal and hope with everyone at the end of such a difficult year”.

Jess Gormley, Guardian Commissioner & Executive Producer said: “The Guardian is delighted to have partnered with the National Theatre on this unique project, with both production teams working around the various obstacles this year has thrown up. As theatres have had their stage productions curtailed, going online to a large international audience provides new opportunities to reach audiences and we were excited to connect our skilled film team with Public Acts’ diverse and numerous company members from London and Doncaster. It’s been a tremendous group effort and we hope the final film provides a balm to our viewers, at the end of a difficult year.”

We Begin Again is composed by Jim Fortune (Pericles, NT) and directed by Amy Hodge (Mr Gum and the Dancing Bear – The Musical!, NT). Julian Simmons is Music Producer, and Music Director is Tarek Merchant.

The musical film is also available to watch on The Guardian website here: https://www.theguardian.com/we-begin-again and the cast recording is available wherever digital music is sold and on www.Broadwayrecords.com.