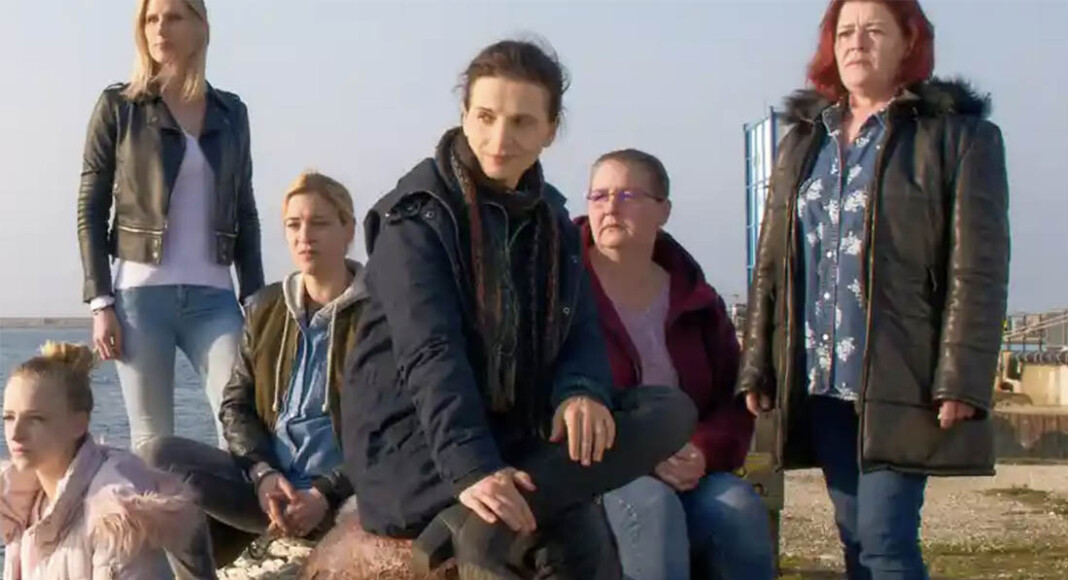 The term ‘gig economy’ has achieved widespread usage over the last number of years. Basically it’s a part of capitalism where workers are exploited to the hilt for maximum profit.

A new film, Between Two Worlds, directed by Emmanuel Carrère, shines a light on this exploitative world. It is adapted from the French nonfiction bestseller Le Quai de Ouistreham by investigative journalist Florence Aubenas. It was published in the UK under the title The Night Cleaner.

Florence (played by Juliette Binoche) goes undercover to took at the life of low-paid workers. The work is arduous and involves lots and lots of cleaning, especially toilets. The workers are told that: “You have to sell yourself” in order to get a job. It’s dehumanising work with pitiful pay, grisly conditions and no job security.

The two main elements and the dramatic tension in Between Two Worlds is its portrayal of a group of workers who we become familiar with; and Florence who has to hide the fact that she is a writer. When the book is completed she can return to her comfortable life in Paris. We must decide for ourselves was she justified in deceiving her colleagues.

It’s an engaging piece of work. We see the workers celebrating if one of them secures a full-time job and they fantasise about what they would do if they won the lottery. A major weakness though is that we never see any of the workers discussing how they could fight back. The idea of joining a trade union is never mentioned.

The grimmest part of the film is when we witness the workers scrubbing lavatories and cleaning cabins on the ferry between Ouistreham and Portsmouth. The ship has 230 cabins – four minutes are given to clean each individual cabin. The work must be completed before the ship sets sail again.

The scene where three of them sneak into a first-class cabin after inadvertently failing to get off the ship in time is to be celebrated. For a brief moment they had moved from one world into another as they enjoy champagne and chocolates.

Binoche, who made her name in films such as Chocolat and Three Colours Blue, has perfected the role of the haggard-looking actor and I can see why she was attracted to this script. But her performance is over-shadowed by Hélène Lambert, who plays fiery single mother Christèle. From the moment that she storms into an unemployment office at the very start of the film, furious at the bureaucratic system which leaves her without the money to feed her kids, she is mesmerising.

She is the ‘hero’ of Between Two Worlds as we fully identify with her plight. Definitely worth a look for her performance alone.