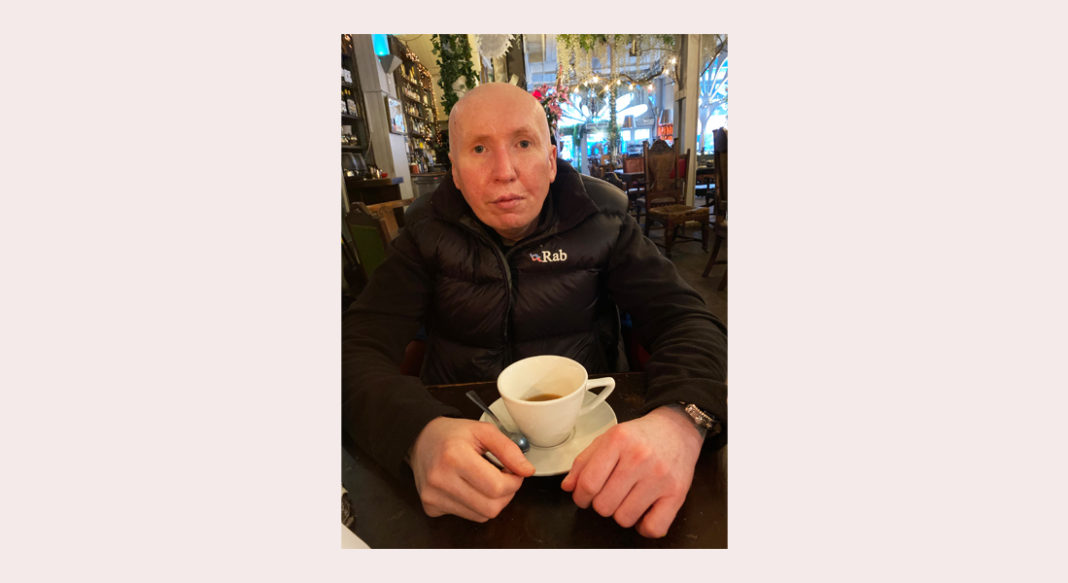 Alan McMillen, in his own words, writes about his hellish descent into alcoholism and how he is now striving to turn his life around with the support of Addiction NI.

I have suffered from alcohol dependency for the last 13 years of my life. I was born into a working-class background in north Belfast. My father was a merchant seaman and was away a lot so I was brought up mostly by my mother. He died at the age of 47 from lung cancer.

I left school with five GCEs. A friend of mine who was a cyclist and who went to the same school got me interested in cycling. I started to train with him regularly.

I’ve always had a technical mindset with regard to electronic engineering and computing and was able to get work with various IT companies.

I continued riding as a racing cyclist and I knew I was good at it. I raced all over Ireland and the UK.

I also took up running and ran around 60 miles a week. I ran marathons, half marathons and other races throughout Ireland, the UK and Europe.

In 2006, my mother was rushed to hospital with a severe throat infection. I thought she was going to die.

My work situation at the time was also becoming very difficult and I became lonely and isolated from my fellow co-workers. During my working hours, I started to drive to an off-licence during break time to buy a bottle of wine or a half bottle of spirits to help me cope with a very stressful situation.

This became a routine occurence with my intake of alcohol increasing.

My firm eventually found out that I had an alcohol problem and I was dismissed.

During this period in my life I became even more isolated and started to drink even more, mainly vodka or whiskey. I would drink and drink until I would pass. out. My mother found me unconscious one day. She called an ambulance and I was taken to hospital. I was put onto a detox programme until the alcohol had left my system. This was to happen to me on a number of occasions.

I became a binge drinker at home. These sessions would last for around six weeks. After many visits to hospital for detox over a 13-year stretch, I knew I had to do something.

My GP got me into a residential unit for six weeks. I was very apprehensive about it as I had never attended a place with other people who had multiple addictions. The first two weeks were very difficult, but as I got to know the staff and the occupants, I was able to settle more.

I eventually finished the course, but as a ‘reward’, I crossed the road to an off-licence and purchased a bottle of whiskey. I placed it in my jacket and subsequently drank it on the three-and-a half-mile walk to my house.

I eventually met a woman at the Mater Hospital in Belfast who said she would refer me to Addiction NI. It was the first time that I had heard about this organisation.

After a couple of weeks, I received correspondence from Addiction NI and travelled over to east Belfast for an assessment. I started to attend group meetings at Elmwood Avenue in Belfast.

The group was made up of individuals who suffered or who had suffered from substance abuse.

The whole focus of the meeting is not to dwell on what substance you had taken, but rather on how to live a balanced and structured life.

The group that I’m in has been the only treatment which has worked for me, and even after a lapse, I can still attend regularly without guilt or remorse.

Every person at the group has a similar mindset and goal in life. We gell together because we give each other respect and are able to talk freely without embarrassment or failure.

I have been to many groups over the last 10 years, but the flexibility and oneness that I feel with Addition NI has dramatically helped me.

Due to its legality, alcohol is the most accessible substance available.

The use of large quantities of alcohol to get a ‘high’ does not outweigh the negative effects of what happens when the binge session is over.

I do believe that I can live a life with purpose, meaningful, healthy and balanced without consuming alcohol.

Change can only occur through ourselves. I believe you have to want to change. Structure and planning are very important, but also having relaxation periods in a day by maybe walking, listening to music, reading or whatever helps you to wind down.

I hope my article is helpful to someone who is struggling with addiction.

• Read the latest issue of VIEW which looks at Tackling Addiction – https://issuu.com/brianpelanone/docs/addiction_issue_view