Home News Latest issue of VIEW: ‘We have a chance to build back better’... 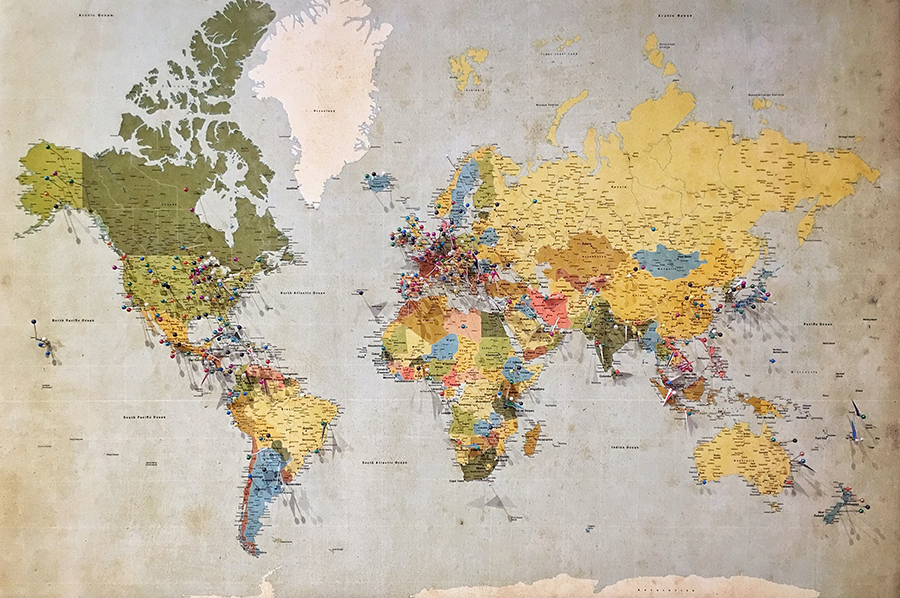 Professor John Barry, from Queen’s University Belfast, argues that countries around the world have a rare opportunity to build a different economic and social system in their recovery plans in a post-pandemic world.

We have been here before. Massive social and economic disruption. Rapid and massive intervention by states around the world to minimise or prevent social disaster. Except it was the 2008-09 global financial crisis where states bailed out the banks. In the wake of that crisis there was an opportunity for a ‘Green New Deal’ to usher in a step change in the economy, encompassing a low carbon, inclusive agenda for a different economy. But it failed.

Now states have been forced to ‘bail out the people’, find money to shore up national health care systems, effectively implement a ‘basic income’ scheme, to nationalising all public health resources within their jurisdictions, and the injection of trillions in ‘quantitative easing for the people’. But vital as these state interventions are, this emergency and stabilisation strategy by states needs also to move on to thinking about what a post-pandemic economy looks like. To paraphrase a popular meme put out on social media – ‘The coronavirus has cancelled the future. But that’s OK. It was a pretty crap one anyhow’.

‘We had a chance a decade ago. Let’s not lose this rare second chance at making a first impression’

States, in drawing up economic stimulus and recovery plans to respond to the pandemic, have a second chance to ensure that this time around they address the planetary emergency, social inequalities, precarious work and the lack of resilience many of the systems (not least food) that rely on globalised (and therefore vulnerable) supply chains. There are multiple co-benefits that could be realised if states and populations work together;

• Greening finance – From institutional investors to pension funds, financial actors are looking for safe assets to hold. Investment in low carbon infrastructure through the issue of ‘green bonds’ by governments could finance a green stimulus. They could be issued either directly by central governments, or through national or regional green investment banks. This could be accompanied by cross-national state cooperation for the orderly, urgent and large-scale divestment from carbon energy across the global financial system.

• Food – The pandemic has exposed the fragility of the food supply chain, with limited storage, a just-in-time supply model, and dependence on imported food. Alongside shifting agriculture away from its dependence on carbon energy inputs, we should also relocalise the food system. Here, as with energy and housing, the Preston Model of local wealth creation and using public sector anchor institutions to create local markets, and links between local production and consumption, offers a real-world example of a different economy.

• Energy – Governments should use their stimulus packages to invest in renewable energy sources. Along with low carbon energy infrastructure, especially upgrading of national electricity grid systems away from centralised carbon energy plants will ensure countries can meet decarbonisation targets. This should also include R&D and roll out of battery storage technologies and associated infrastructural investment, and the ending of fossil fuel subsidies.

• Housing – a low cost and quick policy win would be to roll out a massive insulation programme, targeting the most vulnerable fuel poverty households first. This would pay for itself in energy savings, improved health and wellbeing outcomes, provide non-outsourceable green employment and reduce carbon emissions.

Despite the various declarations of ‘climate and ecological emergencies’, we now know what a ‘real emergency’ looks like, and what it requires.

And we can start with dusting off and updating plans for ‘green new deals’ from a decade ago. Incomplete and modest as they were, it means we are not starting from scratch.

When history and science agree you know something profound is going on.

We had a chance a decade ago. Let’s not lose this rare second chance at making a first impression. Let’s build back better.

• To read our latest issue, go to – https://issuu.com/brianpelanone/docs/a_fairer_economy___view