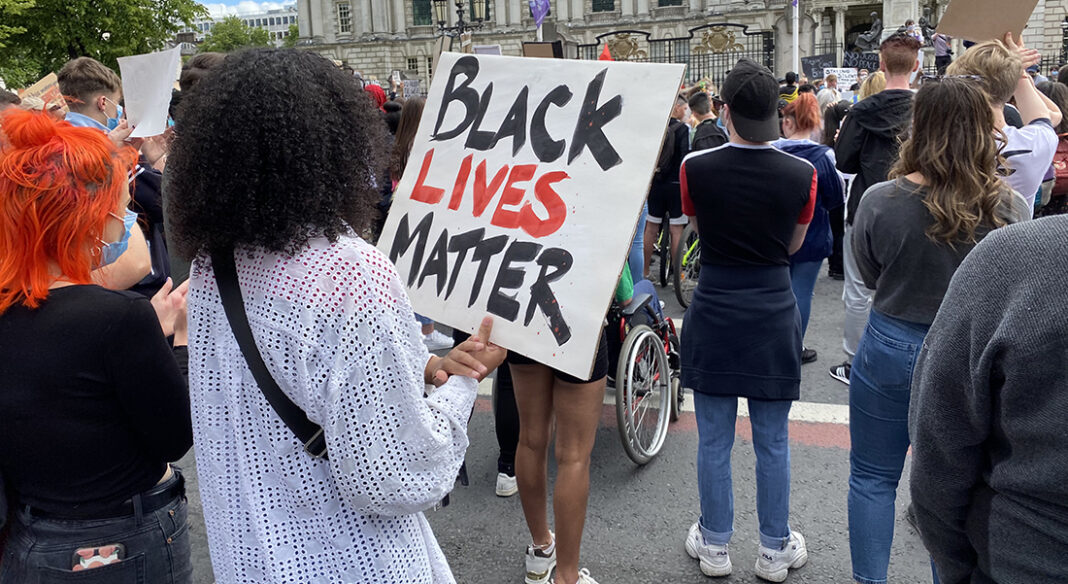 Black Lives Matter has been branded “violent”, “Marxist” and “anti-family” in a Northern Ireland council debate on whether to stand in solidarity against racism.

Lisburn and Castlereagh councillors voted to drop any reference to the Black Lives Matter movement before the amended motion was passed at last night’s meeting of the council.

The original motion called for the council to join Black Lives Matter (BLM) in condemning “racism, discrimination and inequality”.

Mr Givan said: “It doesn’t matter whether they’re black, white or yellow or red or whatever.

“The quantity of melanin in our bodies has no significance whatsoever in how precious any individual is.”

He said: “They’re particularly not very favourable towards fathers and they look towards the family as something that should be attacked.”

He also questioned the value of the Racial Equality Agenda, suggesting it be replaced with the principal that all races come from the one “human family”.

The council will write to the Northern Ireland Executive to “express disappointment” at delays to the Racial Equality Strategy, after the amended motion was passed.

Sinn Fein councillor Ryan Carlin said he was in “disbelief” at Mr Givan’s remarks, which were “fairly insulting not only to the black community”.

He supported the original motion and added: “Black lives do matter and we don’t need to say ‘all lives matter’ because all lives aren’t currently under threat.”

Ulster Unionist Party Alderman Jim Dillon said he didn’t understand why it had been brought to council.

He said it was a “tragedy there was ever slaves”, but added: “What about the slaves who built the Colosseum in Rome? Have we not moved on a lot from then? Of course we have.”

‘BLM is the concept. This is about standing up to racism. To remove that is to deny the problem, that somehow we know better how to frame people’s pain, and people’s inequality, better than they do’

Alliance councillor David Honeyford, who brought the original motion, said it was “beyond belief” to argue against the inclusion of BLM.

He said: “BLM is the concept. This is about standing up to racism. To remove that is to deny the problem, that somehow we know better how to frame people’s pain, and people’s inequality, better than they do.”

He added: “I don’t know where to start with Alderman Dillon.”

DUP councillor Jonathan Craig said BLM had none of the dignity of his personal hero, Martin Luther King Jr.

His colleague Nathan Anderson said BLM was “infiltrated by the far, far left”.

He said: “While we support this motion we’re all one blood, doesn’t matter the tinge of your melanin. We are all precious and sacred made in God’s image.”

He said: “Some of the comments are very much along the lines of ‘we’re all hospitable so therefore it must all be alright’.

“We do not experience what they [black people] have experienced.”

UUP councillor Stuart Hughes said the debate had “delved into farce” and he was “quite frankly depressed at how it has played out”.

He added: “I think most people are on the same page on this and instead we’ve just diluted any message we’ve sent this evening.

“You would think that people coming from this part of the world would have a better understanding.”

The motion passed after councillors voted in favour of UUP councillor Hazel Legge’s amendment 26 votes to 14. The amendment took out reference to Black Lives Matter.