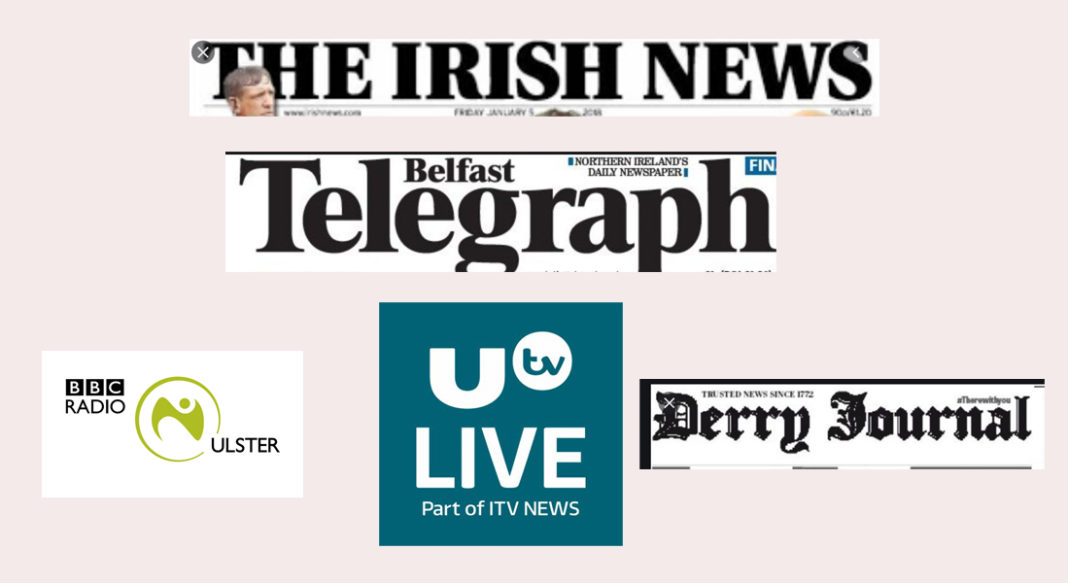 By Paul Reilly, Senior Lecturer in Social Media & Digital Society at the University of Sheffield

There has been much ‘fake news’ about COVID-19 over the past month. This has included disinformation about the virus being ‘manufactured’ in the US, as well as false claims that drinking methanol and bleach cures its victims.

While there is certainly some evidence to suggest that social media are turbocharging the sharing of this false information amongst citizens across the globe, politicians have also contributed to misinformation about the pandemic through their media appearances. Most notably, President Donald Trump has repeatedly misled US citizens about the availability of vaccines and the effectiveness of new treatments in his daily televised news briefings.

Closer to home, Cabinet Ministers have also made a number of false or misleading statements to the press. Michael Gove falsely asserted that efforts to ramp up COVID-19 testing in the UK were being hampered by a shortage of the chemical reagents needed to make the testing kits. Government denials that they had pursued a ‘herd immunity’ strategy were directly contradicted by statements from senior government officials and leaked documents.

Populist leaders such as Trump have been quick to dismiss criticism of their response to the coronavirus crisis as ‘fake news’. The US president has sought to discredit professional journalists holding him accountable for his depiction of the virus as a hoax and for his failure to enforce social distancing measures sooner. To some extent, this is ‘business as usual’ for political leaders like Trump who believe that they are above such scrutiny and frequently lash out against media organisations responsible for ‘negative’ coverage of their administrations.

We have had a similar experience in the UK. The current government’s ‘review’ of the BBC licence fee has been widely assumed to be a punishment for the corporations ‘anti-Brexit bias’ in the run up to the UK’s departure from the European Union in January 2020.

‘Local journalism deserves our support, not just during this crisis but also in the longer term’

Many citizens might be tempted to believe the populist rhetoric portraying established news media organisations as representing elite interests rather than the views of ‘ordinary people’. Those who voted to leave the EU in the 2016 referendum have long argued that the news media are full of ‘Remainers’ who fail to promote the benefits of Brexit. Yet, evidence from organisations such as the Edelman Trust have shown a resurgence in public trust in traditional media, and in particular local journalism, over the past few years.

During the current crisis we have seen many examples of local and regional news media providing vital support for the most vulnerable in the UK. Whether it be BBC radio and television sharing good news stories from within their regions, or local newspapers providing accurate information about the availability of local services during the lockdown, these organisations have risen to the challenge of serving their local communities when they need help the most.

A recurring theme in much of their coverage of the pandemic has been the dispelling of myths about COVID-19 and providing advice on how people can protect themselves and their loved ones from being infected. The headline “When you are on your own, we are there with you”, printed on the front page of more than 60 regional newspapers on March 20, has never seemed more relevant than it does now.

The editorial jointly issued by these newspapers reiterated the commitment of local newspapers to providing readers with a “constant feed of reliable news and information” and steering them towards any help they might need with a “calm, steady hand”.

Yet, many local media organisations may not survive this crisis. Papers such as the County Down Spectator and the Mourne Observer have temporarily ceased print publication and others are likely to follow in due course. Social distancing measures are likely to further deplete the sales figures of those that remain, as older readers self-isolate at home rather than go to the shops to purchase a local paper.

Therefore, it is imperative that we all do what we can to support local journalism, the ‘first responders’ to the ‘current ‘infodemic’.

The next time you are in your supermarket or local shop buying essential supplies, put a copy of your local paper in your basket. Perhaps pick up one for a neighbour unable to leave the house, who needs a trusted source of information. Local journalism deserves our support, not just during this crisis but also in the longer term.

Covid-19 pandemic: A Fab response to appeal for PPE help for frontline workers in Northern Ireland

Voices of Migrant Women: ‘Even though I don’t live there any more, Belfast will always be my other home, my other family,’ says Paula

Covid-19 pandemic: A Fab response to appeal for PPE help for...

Latest issue of VIEW: Inspired by the powerful stories of migrant...

Covid-19 pandemic: There needs to be an inquiry into the number...