Home Arts Looking at the Mafia through a camera lens 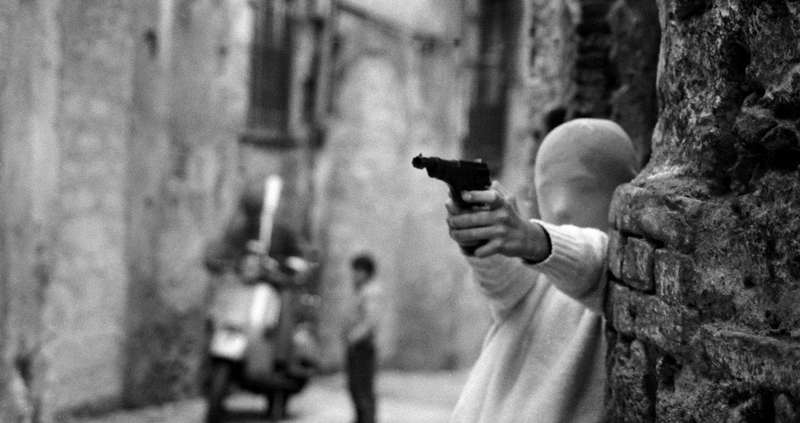 The images are the work of Sicilian photographer Letizia Battaglia – a feisty Italian extrovert who proudly proclaims: “If people don’t like me they can fuck off. I’m going to live like this to my last breath.”

Battaglia is now 83-years of age but it doesn’t appear to have diminished her love of life.

We learn that Battaglia felt stifled and abused by Italy’s conservative society where women were expected to know their place. She picked up a camera at 40 years of age, and got a job as a photographer on a male-dominated newspaper. She quickly excelled at her work.

Unlike news values in our own part of the world, the scenes of bloody Mafia killings were openly captured by news crews in Italy and displayed across front pages.

Battaglia says she hates these images and at times dreamt about burning her own negatives of people who were murdered by the mafia. “I hate when people see beauty in them,” she said. Whatever her feelings, she never did destroy of them and, I suspect, a part of her is proud of her work.

Running in tandem with her work as a photographer is also a concentration on her complicated love life. Past lovers are interviewed in the documentary and it’s obvious that their feelings for Battaglia have not been completely extinguised.

She chain-smokes throughout the documentary but hesitates many times to reveal more about herself.

It’s a fractured documentary but compelling. I would invite Letizia Battaglia to a dinner party anytime.

Book review: David Tom’s ‘Pacemaker’ – a thing of beauty and a celebration of the act of simply walking

Poetry, lyric essay, and music to flow freely at arts event in Portstewart