Home News More fines urged after streets in Northern Ireland are found to be... 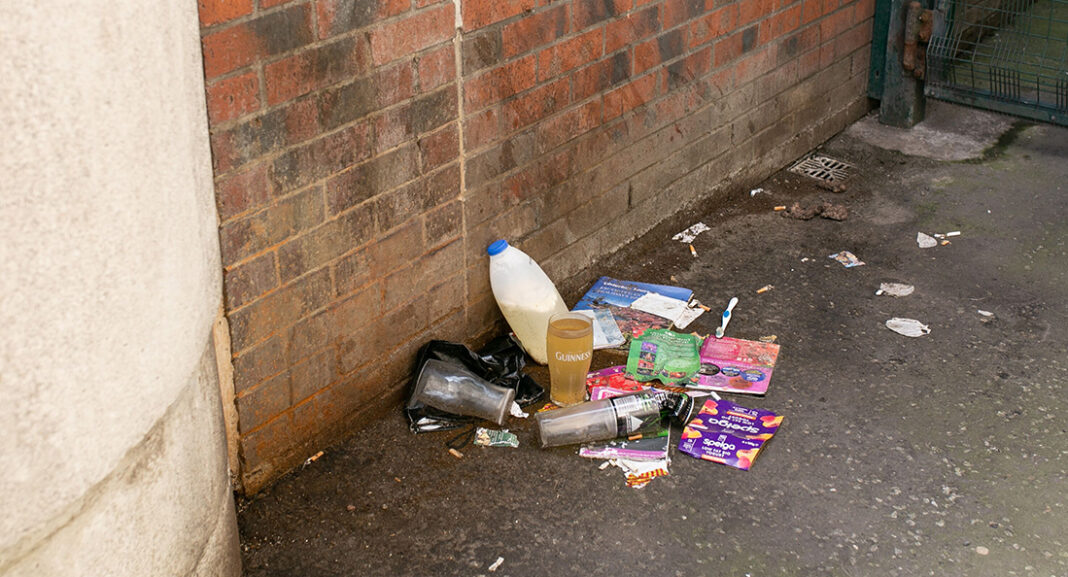 Streets in Northern Ireland are just as dirty as they were before lockdown, it has emerged.

Earlier this year the organisation revealed more than 1.3 million bits of litter are on our streets at any one time – about 28 tonnes of rubbish.

Chief executive Dr Ian Humphreys said the pandemic was a chance for people to reset their behaviour.

He said: “Early indications are the cleanliness of our streets is not much different from before the pandemic.

“People have shown huge care for other people during the pandemic so extending that care to the environment is also caring for ourselves and our neighbours.

“The trick for us is how do we appeal to the best in the people who are dropping that litter.”

Every year Keep NI Beautiful asks 1,000 people on the street if they litter.

Usually about a quarter admit to it.

But this year almost half of those who took the test online said they did.

About 3,000 penalties go out here annually. He’d like to see the number triple.

He added: “That would have a very real impact if we fined more people.

“People have by and large stopped drink driving because there was a consequence – we have to bring that same effort to bear.”

Erin Mckeown, from Ulster Wildlife, said the impact PPE litter will have on marine life is unknown.

Just last week a study revealed NI’s coastline was littered with more than 500 pieces of rubbish for every 100 metres.

She said: “This [PPE] is a totally new type of litter ending up in our oceans that we didn’t have last year.

“We’re seeing an increase in the amount of plastics in the marine environment.

“We are gathering them as quickly possible, but once they start to break and disintegrate, that will most likely essentially lead to some serious damage.”

The charity has had to cut down on “litter picks” and school programs because of the pandemic.