Home News Mum tells of her love for her son Aidan who died from... 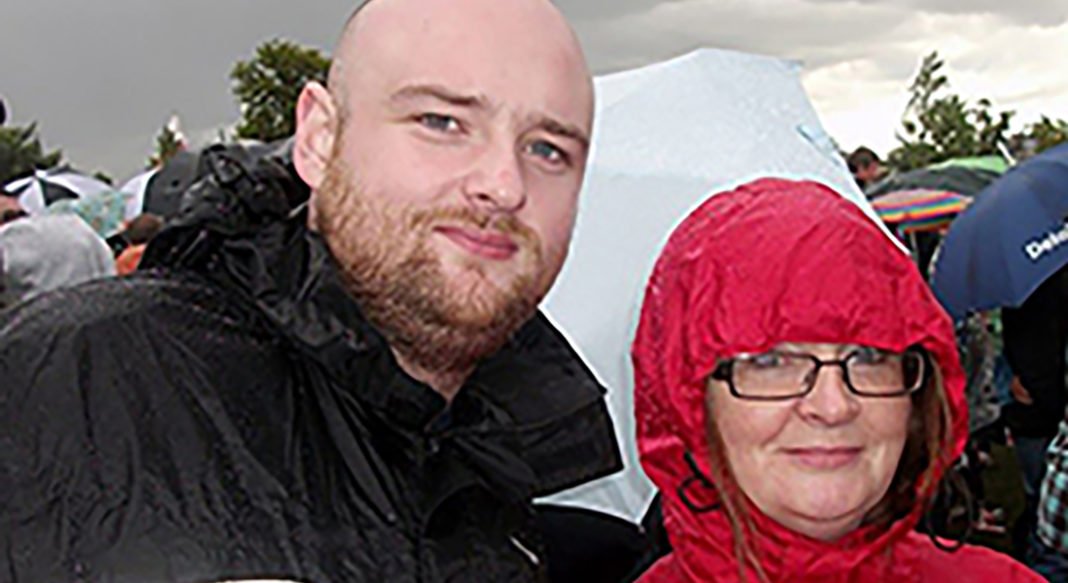 I have bad news, Aidan is dead – I received that call from my husband on July 27, 2013, whilst I was standing at the bottom of the stairs of an apartment in Barcelona. There is a line drawn on that first step dividing my life into the before time and the after time. He didn’t tell me then, but I knew that Aidan had died from an overdose of heroin.

As we waited to go to the airport, I sat at the table trying not to think about Aidan. I felt a physical pain so terrible that I thought it would be impossible to continue to live. The death of your child untethers you from the world and the rest of your time is about finding an anchor. For me, I found it in speaking for Aidan, I had to tell people what he thought and why. I wanted people to know that I was proud of him, that it was his death and not the manner of his death that was the tragedy.

Aidan was my first child; he was brilliant, he was a giant in size, personality and intellect. He was known as BFG. He could paint a picture of the beginning of the universe, of the possibility of quantum computing and explain with great patience any political theory or the rationale for an alternate timeline in Star Trek. He hated discord but loved debate.

The problem for me lay in the use of drugs but for him it was in dependence. Looking back, I see so many opportunities for me to have listened rather than lectured. I’m also ashamed of the hypocrisy of telling someone that drugs are dangerous whilst holding a glass of wine in my hand.

Aidan went to Queen’s University to study Chemistry and later to London to do his Masters. He was still the same son and brother that he’d always been – strong and fragile – smart and caring, but I know that his difficulties increased in these years. We still laughed and talked and debated but we also fought more frequently and more intensely.

In April of 2013, we found a syringe of heroin in Aidan’s room. Immediately everything fell into place; Aidan took off his jacket and there on his arms were the track marks. I asked what he wanted to do, and he said he wanted to be free from addiction. He didn’t want to take Methadone; he didn’t want to swap one addiction for another. His only way of stopping was to buy heroin and with support, to reduce his dose each day. He went to see a cognitive behavioural therapist and for the first time he told a friend that he took and was addicted to heroin. Many young people take illegal drugs, but some things are seen as a step too far and Aidan had felt unable to share the fact that he took heroin. There is only one way to get heroin and that is to buy it from a dealer – heroin of unknown strength and quality.

Aidan did stop using heroin by June of 2013 and he saw a world full of potential again. During this time, we argued less and we talked much more about the effects of prohibition, of the damage caused by the ‘War on Drugs’, of heroin-assisted treatment and safe injecting facilities.

Two comments stay with me – when I asked why when he was reducing his use why didn’t he do it in fractions, and why the next day’s dose looked bigger than the previous one. He told me that “500mg of paracetamol is always 500mg of paracetamol but that little bag of heroin can be any strength.” On another occasion, I asked how someone could be a dealer? I’m still ashamed of that question. He told me not to judge him, he was someone like him, but someone who had no one to help him, someone with few choices. We knew there would be lapses, anyone who has tried to stop smoking can tell you that.

On July 27, 2013, Aidan had a lapse. Each year on his birthday or anniversary, we do something to raise money and awareness on Aidan’s behalf. I had heard that seven people a day die from a drug-related cause and three years ago on his birthday different friends and family walked seven mountains across the UK. Today it would be 10 mountains.

Aidan would be alive if we put compassion before judgement

I have recently joined an Opinion and Involvement group with Addiction NI, and in many ways, it is Aidan’s opinions and experience that I bring. I am a member of Transform’s Anyone’s Child campaign. Our aim is to change not just attitudes but also drug laws and policies. I think that there is increasing global awareness that the ‘War on Drugs’ has cost too many lives. I believe that a compassionate, evidence-based approach that has legal regulation at its core is the way forward.

Aidan would be alive if we put compassion before judgement, if his heroin had been of known strength and quality, in the same way as the paracetamol tablet or the bottle of vodka or if he had taken that dose of heroin in a safe injection facility. I think he would be alive if I had understood a little earlier.