Home News New campaign: It’s time to talk about the joy of sex in... 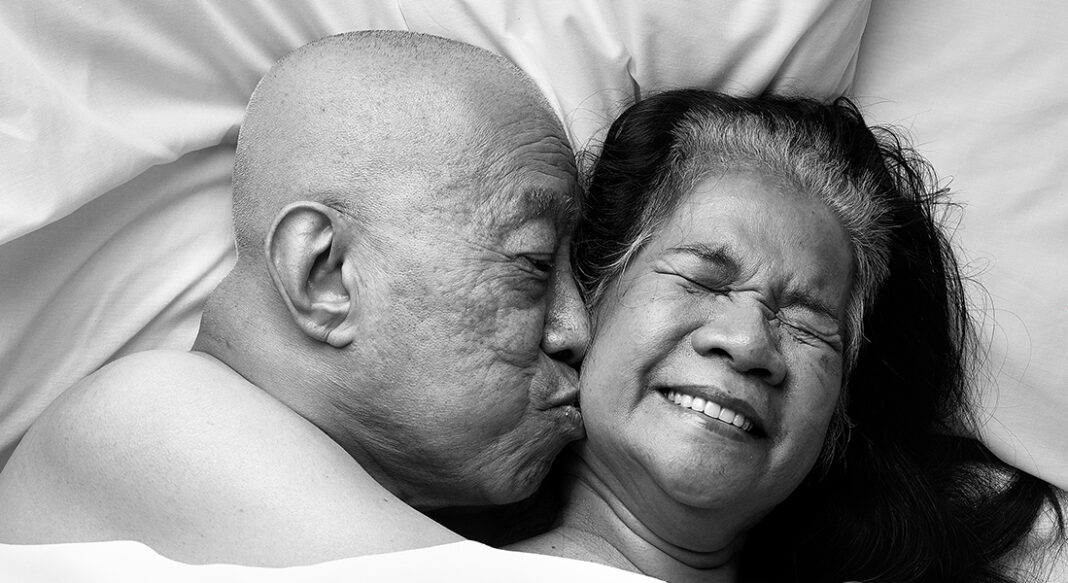 Relationships charity Relate NI has teamed up with renowned British photographer, Rankin, to shine the spotlight on the unseen – sex and intimacy in our later years, in the campaign: Let’s Talk The Joy of Later Life Sex.

Shooting five older couples and one woman in their most intimate settings, the team set out to show what sex and intimacy can mean in later life in a way that’s never been done before. Appearing nationwide, the campaign aims to tackle the stigma around this unspoken subject.

There is a notion that older people shouldn’t, couldn’t and wouldn’t want to have sex and be intimate. Why? It is rarely talked or written about. According to a poll undertaken by 3Gem market research, two-thirds of over 65s (67 percent) say sex and intimacy for their age group is rarely or never represented in media compared with a fifth (20 percent) of 18 to 24-year-olds.

This campaign champions the importance of sex and intimacy in later life, exploring alongside the participants everything from long-term love to new adventures, tender intimacy to the more risqué. The series of images and videos feature a whole range of older people, from Andrew and Mark who have been together for 31 years, to Chrissie who has had a double mastectomy and her partner Roger, to Daphne and Arthur who still hold hands when they walk. The people featured are of varying ethnicities, sizes, shapes and sexualities, aiming to show that we can all feel empowered to think and talk about sex and intimacy as we grow older.

Duane Farrell, CEO at Relate NI said: “It may seem as though it’s only young people with ‘perfect’ bodies having sex and being intimate but of course this isn’t true! In reality, ‘sex and intimacy in later life’ means different things to different people: for some it’s about exploring new and different sexual experiences, and for others it’s simply about feeling able to express emotion through a gentle touch or kiss on the cheek.

“What we’re trying to do today is open up a society-wide conversation about the fact that sex and intimacy – whatever that might mean – can be as important for older people as it is for anyone else. We see every day in our Sex Therapy services how not feeling able to talk openly about needs and desires can lead to a lack of fulfilment and be damaging for individuals’ self-confidence and couples’ relationships. This is what we want to change.”

Taking on the campaign pro-bono, Rankin adds: “The simple fact is that we all need intimacy now more than ever – and age, of course, really is just a number. The greatness of love and affection – the very things we can’t stop writing books, films, and pop songs about – doesn’t need to change as we find our later years. This campaign sets out to break convention, and that’s what it did, both before and behind the camera.”

• Visit relateni.org to find out about the services available which include Sex Therapy and counselling for couples, individuals and families.