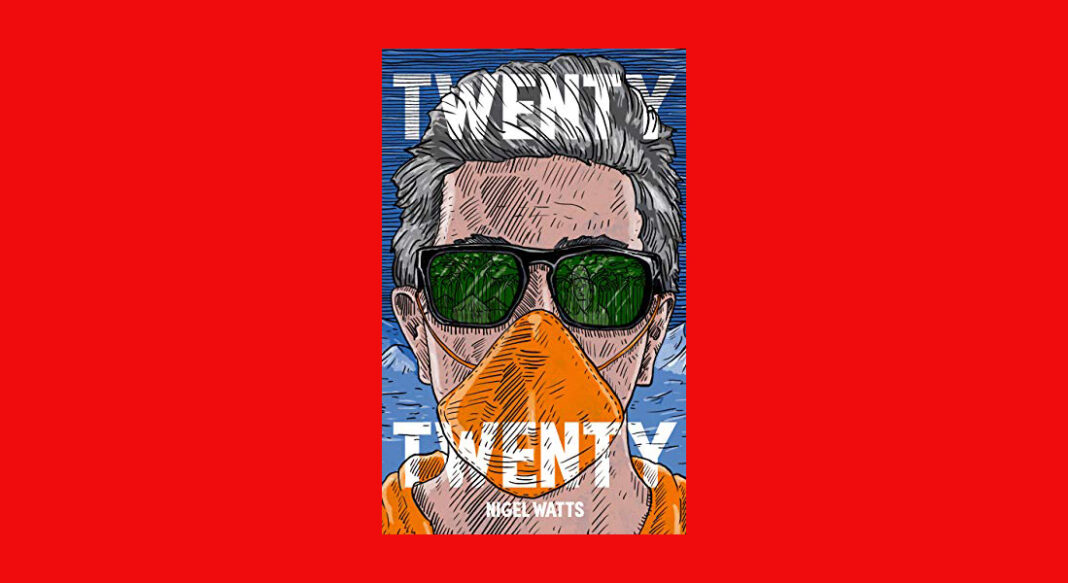 Former TV presenter Sahera Chohan lost her husband Nigel Watts to suicide, 20 years ago, and as part of his legacy she has republished one of his books ‘Twenty Twenty’, which bears an uncanny resemblance to this year’s global pandemic.

“It was unbelievably hard to lose Nigel but at some level I am continuing his legacy and his work,” Sahera told VIEWdigital.

The novel was first published in 1995, and Sahera believes the similarities with the present Covid-19 crisis which has engulfed the world this year meant it should be available to a new audience.

“He wasn’t a scientist but it is bizarre the accuracy of the novel,” Sahera said. “The story includes an airborne virus, a global pandemic, the USA being among the worst country hit and digging lime pits for mass graves in New York.”

“It is an adventure story but slightly more dystopian. It mentions furlough, fingerprint ID, electric cars, virtual communications – but was written 25 years ago – and there is a climate change angle as well.

“The book looks at the message from a real Amazonian tribe, the Kogi, that if we continue to treat the planet the way we are treating it, the planet will get sick and we will get sick as well as we are not separate from the planet.

“Nigel envisaged that it would be “the children who could truly see the planet is getting sicker and sicker” and foresaw the climate change activism of young people, demonstrated in recent years by the strikes by school children to highlight the climate crisis, inspired by activist Greta Thunberg,” Sahera said.

The author’s award winning first novel, ‘The Life Game’ was set in Ireland and he wrote ‘Twenty Twenty’ as part of a PhD thesis at the University of East Anglia with writer Malcolm Bradbury as his university supervisor.

“Nigel was interested in green issues and climate change and wanted to bring the message of the Kogi to his readers. He wanted people to wake to what’s being doing to the environment.  The book explores metaphysics and virtual reality. Nigel was really intuitive and had such foresight as a writer.”

• Twenty Twenty by Nigel Watts is available on Amazon – https://amzn.to/2ZNydbH