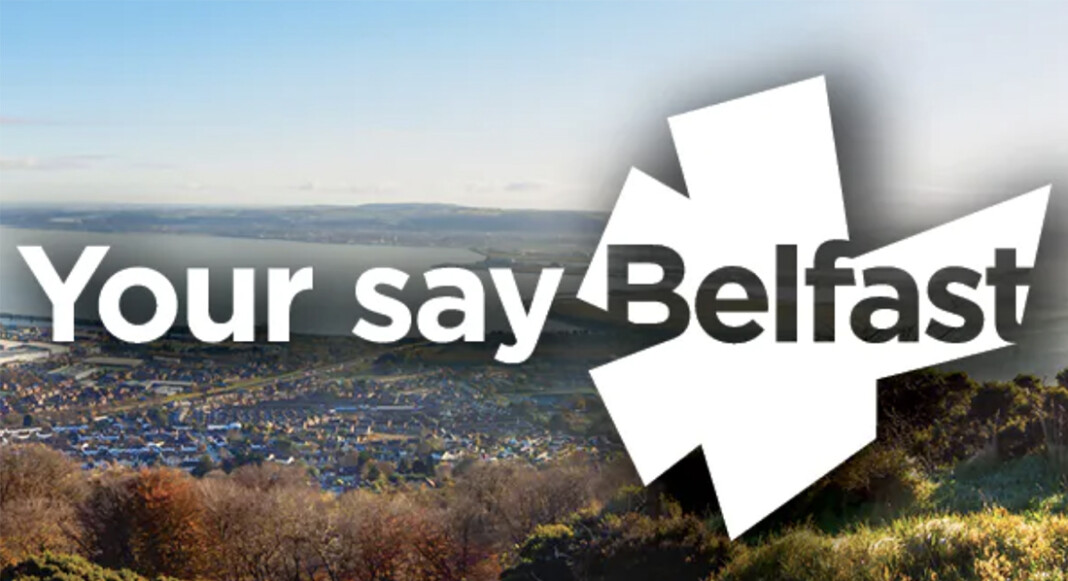 Conradh na Gaeilge very much welcomes Belfast City Council’s decision to progress to a human rights compliant policy concerning street signage. The launch of this week’s consultation is another step in the right direction towards the introduction of its new dual-language street signs policy.

The context of the proposed policy change is hugely significant. Up until 1995 street signage in Irish was banned in the north. However, when local councils began formulating local policies on signage, Belfast City Council implemented one of the most limited and restrictive policies in the north that forced two-thirds of street residents to vote in favour of signage before it was erected. It also included additional barriers such as a petition seeking the support of one third of residents before the process even began. That policy also counted non-replies as negative responses. The barriers to street signs were, in many communities where there was demonstrable support and little opposition, remained insurmountable.

The current policy as it stands is contrary to the council’s domestic and international obligations to take resolute action to promote Irish and includes many unnecessary barriers which frustrate the provision of bilingual street signage. The policy has been designed to draw on the worst possible practice from elsewhere with the effect of precluding the provision of Irish language signage in almost all circumstances.

Since then the Irish language community in Belfast has been challenging and organising to change that policy. In recent years, on the back of the campaign for an Irish Language Act, An Dream Dearg, Conradh na Gaeilge, CAJ and local residents have drawn the spotlight on the council’s failure to fulfil its international obligations concerning the European Charter for Regional Minority Languages with regard to the Irish language and street signage and that the current policy is incompatible with legal obligations including the Framework Convention for National Minorities

This shift in policy could signal a shift in Belfast City Council’s approach to the Irish language. The council should build on this and now look towards our shared public spaces as an opportunity to increase the visibility and normalisation of our language across the city. Conradh na Gaeilge is looking forward to working with political parties to develop further progressive measures, whether it be signage, funding schemes, and public awareness campaigns to raise the profile of the language in Belfast. The council should be one that promotes diversity, including linguistic diversity.

This new proposed policy is now based on international best practice and a policy that is minority rights compliant, based on expert guidance from the United Nations Special Rapporteur on Minority Languages. When Belfast City Council took this decision, it was the first council in the north to promote such a minority-rights compliant approach. It represented a significant change in how the council viewed the language and a shift in how the language can and should be promoted and protected by local councils. This progress is the result of huge efforts of language activists and campaigners challenging discriminatory practices going back decades.

The proposed policy is another small step forward in the journey towards language rights, but it is a very symbolic step for the Irish language community not only in Belfast but the north as a whole. It is now vital that Belfast City Council owns this policy, promotes it and is publicly proud of it. The council should be an ambassador for a shared society in which language rights are not simply tolerated, but actively promoted and protected.