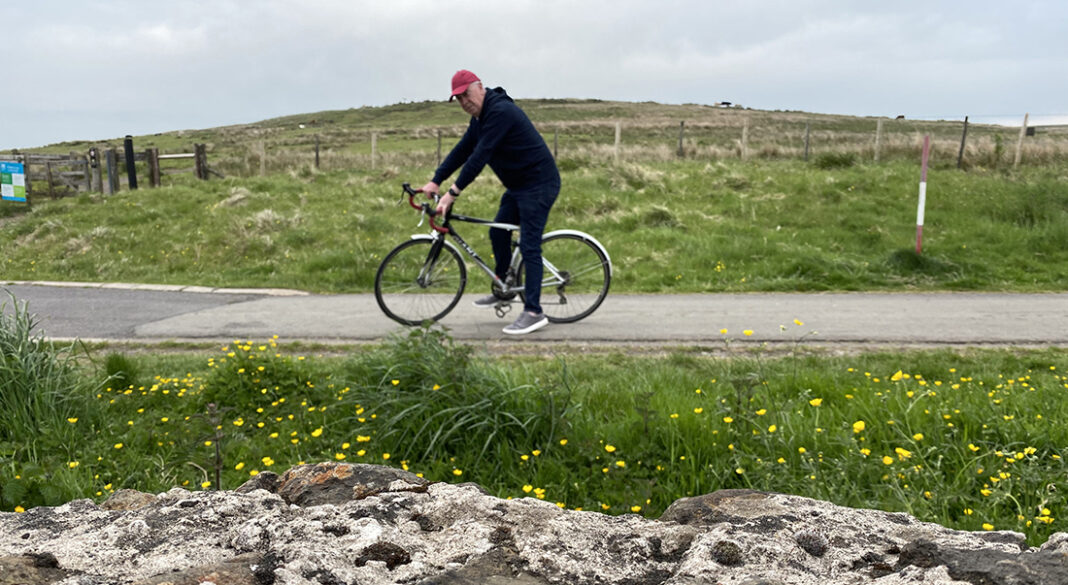 Bike Week, from May 30 to June 5 delivered by Cycling UK, is an annual celebration to showcase cycling and how brilliant it is.

I decided to get back on the saddle and hit the road to mark the occasion after a bit of gentle prompting from VIEWdigital co-founder Una Murphy.

Every day this week I have been travelling at a slow pace, as befits a man of my age, to a variety of locations in and near to Belfast.

Bikes were always a feature of my life growing up. My late father, Joe Pelan, went to work every day on his beloved Claud Butler bike which he never tired of reminding his family that it was handbuilt specifically for his requirements. Sadly, this bike, after many years of faithful service, ended up in the hands of an opportunist thief.

I learnt to ride a bike on a tarmac surface. The heavy bonecrusher fought back and I was thrown off several times. I eventually tamed the brute, and thus my on-off love affair with cycling began.

For too many years I have dined out on the story of how I once completed the Maracycle between Dublin and Belfast. I really need some new cycling stories.

My highlight of the week was talking to a 82-year-old fellow cyclist I met in Comber last Monday. He lives on the Shankill Road in west Belfast and riding his bike is his passion. He put me to shame when he said that he intended heading on to Whiterock, a small village on the western shore of Strangford Lough. His wife died several years ago and cycling is his way of keeping active and not gently succumbing to the ravages of time. As the poet Dylan Thomas wrote: “Do not go gentle into that good night,
Old age should burn and rave at close of day;
Rage, rage against the dying of the light.”

What have I learnt from my cycle week?

• My legs are not amused.

• Cars, lorries, and buses are the ‘enemy’ who must be treated with the greatest respect.

• The Comber Greenway is paradise.

• Cycling in the sun is a joy and hills are to be avoided – unless you are going down them.

• Belfast is not Amsterdam when it comes to cycling. We need designated cycle lanes throughout the city.

All of us – young and old – should cycle. Let us all commence the pedal power revolution. I’ll be at the back somewhere, roaring you on.