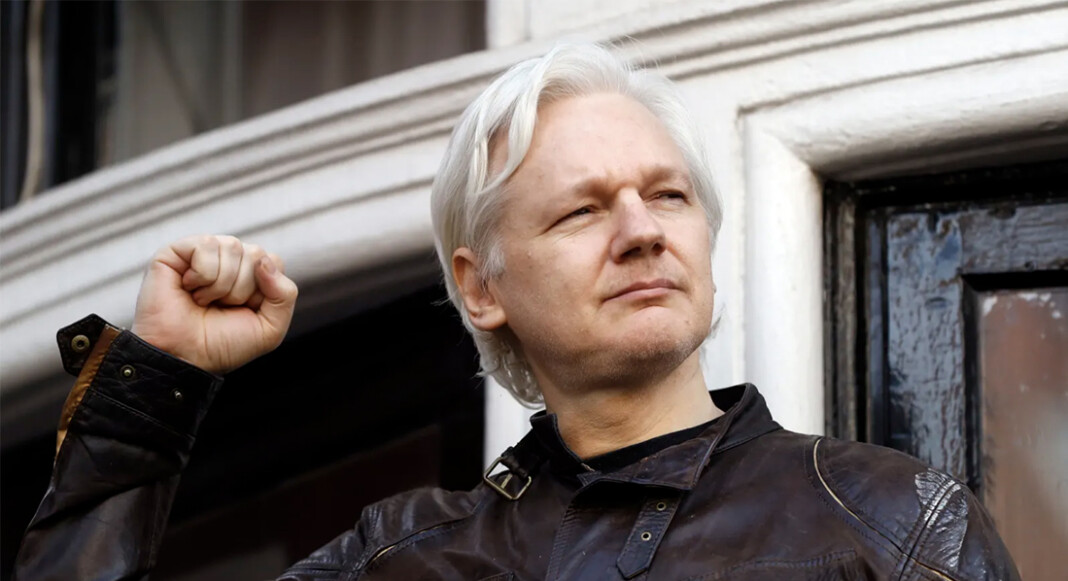 Mohamed Elmaazi studied law at the School of Oriental and African Studies in London and has contributed to numerous news outlets, including Jacobin, The Dissenter, The Canary, Open Democracy, The Grayzone and The Real News Network. He has covered all of Julian Assange’s extradition hearings.

UK Home Secretary Priti Patel approved the US government’s extradition request for Julian Assange on June 17. “This decision is a grave threat to freedom of speech, not just for Julian, but for every journalist and editor and media worker in this country,” said Jennifer Robinson QC, one of Assange’s lawyers, when announcing the WikiLeaks publisher’s plan to appeal the decision.

That this case represents a “grave threat” to press freedom and the public’s right to know is the position of dozens of civil liberties and media freedom organisations, nearly 200 jurists and politicians and almost two thousand journalists worldwide.

If Assange is extradited it will mean that the US government can apply its domestic criminal laws to prosecute any citizen, anywhere in the world, for publishing its secrets.

There is no allegation that Assange stole or hacked government files, merely that he received and published documents leaked to him by US Army whistleblower Chelsea Manning. The Iraq War logs, Afghanistan War Diary, Guantanamo Bay detainee files and US diplomatic cables. Assange faces up to 175 years in prison, for engaging in activity which thousands of journalists engage in on a daily basis.

“Allowing Julian Assange’s extradition on this basis would have a chilling effect on media freedom, and could ultimately hamper the press in performing its task as purveyor of information and public watchdog in democratic societies,” the Council of Europe’s Human Rights Commissioner, Dunja Mijatović, said in a statement opposing Assange’s extradition.

Among the disclosures the US is charging Assange for publishing, is that the UK’s MI5 chief told a US special envoy she was “committed to turning over all evidence her agency has” to an inquiry into the 1989 murder of Irish human rights barrister Pat Finucane. Fresh demands for a public inquiry into British state collusion in Finucane’s murder erupted following WikiLeaks’ publication.

Under this renewed pressure, the UK government appointed Sir Desmond de Silva QC to examine the question of British state involvement in Finucane’s murder. Although labelled a “whitewash” by family members, de Silva did conclude that “agents of the state were involved in carrying out serious violations of human rights up to and including [Finucane’s] murder”. “All WikiLeaks is doing is filling a vacuum created by governments unnecessarily”, Finucan’s son Michael said at the time.

WikiLeaks also proved that detainees of the US facility in Guantanamo Bay, Cuba are regularly subjected to techniques of psychological torture previously honed against the Irish during ‘the Troubles’. In 1971, 14 Irish Catholic civilians, known as the ‘Hooded Men’, were detained and subjected to techniques the UK Supreme Court recognised as “torture” by British state forces. They included beatings, sensory deprivation, stress positions and sleep deprivation. The UK Foreign Office even went so far as to plot a smear campaign to discredit the chairman of Amnesty International’s Swedish branch investigating the torture of the ‘Hooded Men’, journalist John McEvoy recently revealed.

The CIA developed these torture techniques against unsuspecting psychiatric patients in Canada before they were applied to the ‘Hooded Men’. A fact graphically illustrated in Stephen Bennett’s compelling documentary Eminent Monsters.

The arrest of two Irish journalists for their role in obtaining evidence of state collusion in the 1994 Loughinisland massacre, for the documentary ‘No Stone Unturned’, is the kind of crackdown on media freedom that Assange’s case represents. Trevor Birney and Barry McCaffrey obtained a copy of a police report which concluded that there had been collusion between the Royal Ulster Constabulary and the Ulster Volunteer Force, the latter of which massacred six Irish Catholic civilians as they watched the World Cup in their local pub. The police investigation had been undermined by a desire to protect those responsible for the crime, according to the report.

The journalists’ homes were raided. Birney and McCaffrey were charged with violating the UK Official Secrets Act and their confidential papers and records were confiscated. It took nearly two years and hundreds of thousands of pounds in legal fees for the journalists to have a judge dismiss their arrests and secure a large settlement in damages. The two were charged for engaging in the same activities Assange is prosecuted for, albeit on a smaller scale.

The 1917 Espionage Act, under which Assange is charged, offers no public interest or journalistic defence for publishing government documents, requires no evidence of actual espionage and does not require any harm to be proven by the state in order to secure a conviction.

Furthermore, Assange is charged in the Eastern District of Virginia, which means his jury will almost certainly be made up of current or ex- employees of the FBI, CIA, Homeland Security and the armed forces.

The UK parliament is currently debating the National Security Bill 2022. Proposed by the Home Secretary as an anti-Espionage law, it will make it easier to imprison whistleblowers, journalists and publishers, like Birney and McCaffrey. It appears to have been influenced by the US Espionage Act, offering no public interest defence for whistleblowers or the press. Those found guilty of possessing or sharing ‘restricted material’ face life in prison. It will not only apply throughout the UK, including in the north of Ireland, but worldwide as well.

It is within this context that Sinn Féin’s spokesperson on Foreign Affairs and Defence condemned Patel’s decision as “nothing more than an assault on free speech”.

Stella Assange has said that this case is as much political as it is legal. Joe Biden’s government can withdraw its extradition request at any time, just as the UK can cease its support for it. Whether her husband is extradited may, therefore, ultimately hang on whether the UK and US public can pressure their governments to bring this case to an end.