Home View Latest The fight against coronavirus ‘fake news’ should begin with our political leaders,... 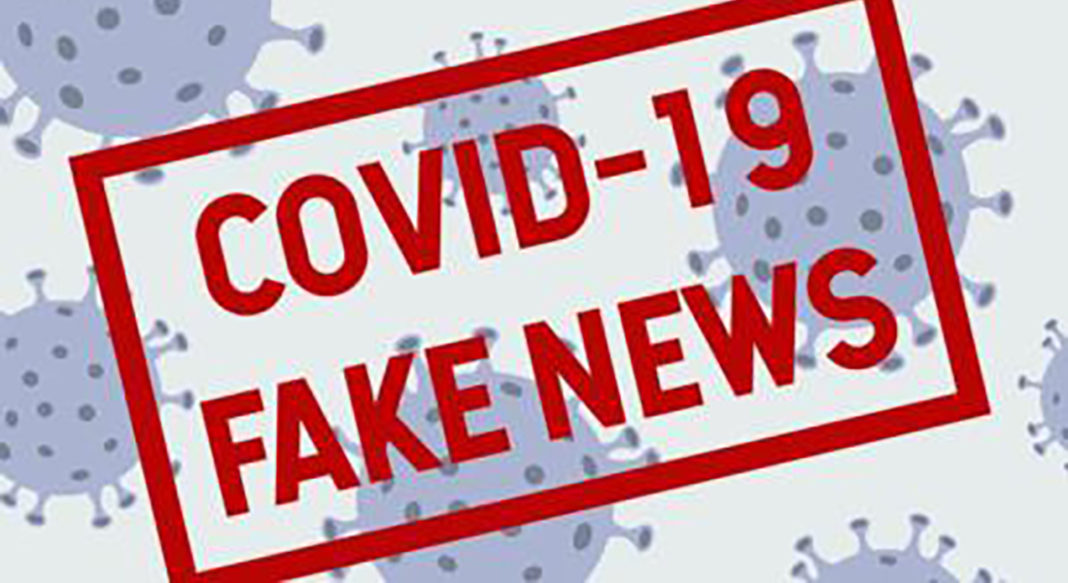 Disinformation and fake news stories have proliferated since the start of the Covid-19 pandemic. Paul Reilly, Senior Lecturer in Social Media & Digital Society at the University of Sheffield, discusses their spread and effects and argues that, while concerning, misinformation from official government sources is far more damaging to public trust – and therefore to public health as well.

There has been much ‘fake news’ about COVID-19 circulating online over the past few months. Between January and March an EU monitoring team found 80 examples of disinformation linked to pro-Kremlin media outlets, including claims that the virus was a biological weapon ‘manufactured’ in the US as part of its trade war against China.

Misinformation about how to kill the virus has ranged from relatively harmless but ineffectual ‘cures’ such as sipping water, to more dangerous ones about drinking bleach. Such false information had particularly tragic consequences in Iran, where hundreds of people died after drinking methanol in the mistaken belief it would protect them against COVID-19.

There have also been signs that rumours about the pandemic can lead to violence. Riots in the small Ukrainian town of Novi Sanzhary were blamed on unsubstantiated claims that evacuees from Wuhan who had arrived in the country were infected with the virus.

It was therefore no surprise that European Commission President Ursula von der Leyen announced plans for the EU to work with online platforms to remove “myths and fake news” and to “stop those seeking to profit from, or exploit the crisis”.

Closer to home, the UK government has created a Rapid Response Unit to ‘crack down’ on coronavirus misinformation and target ‘fake experts’ and those running phishing scams. Culture Secretary Oliver Dowden has warned that “misleading information about coronavirus online, whether maliciously intended or not, could cost lives”.

By way of response, online platforms such as Facebook have pledged to combat COVID-19 misinformation, banned misleading ads for test kits and face masks, and announced plans to invest $100 million to support news media and factchecking organisations. A global network of factcheckers, journalists and researchers, have even created a searchable database of fact-checks relating to the pandemic.

However, the threat posed by such disinformation (whether malicious campaigns that emerge from pro-Kremlin troll farms or from other anonymous sources) should not be exaggerated. As Hugo Mercier asserts, examples of ‘fake news’ directly influencing behaviour remain rare. People rarely find themselves in what Axel Bruns calls “hermetically sealed echo chambers” where such stories go completely unchallenged. Research indicates that many ‘civic-minded’ citizens deliberately share false information from tabloid news media in order to spark debate within their online social networks.

Moreover, focussing our attention on the nefarious activities of Russian troll farms distracts from the most influential source of misinformation: our political leaders. Beginning with the Chinese efforts to deflect attention away from its initial cover-up of the outbreak in December 2019, some national governments have actively engaged in misinformation campaigns to distract from their slow response to the pandemic.

Facebook and Twitter have deleted misinformation spread by leaders such as Brazilian President Jair Bolsonaro, who claimed that hydroxychloroquine was a cure for COVID-19 despite there being no scientific evidence to corroborate this claim.

US President Donald Trump has repeatedly misled US citizens about the availability of vaccines and the effectiveness of new treatments in his daily televised news briefings. He has sought to shift the blame for the low level of coronavirus testing onto the Obama administration despite him having disbanded a White House office dedicated to pandemic preparedness.

The UK government has also lacked transparency in its approach, in particular in response to criticism of its controversial ‘herd immunity’ strategy. The Prime Minister and members of his Cabinet have made a number of misleading statements during their daily coronavirus updates, especially when challenged on their slow roll out of tests and Personal Protective Equipment for key NHS workers.

For example, Michael Gove erroneously claimed that efforts to ramp up COVID-19 testing in the UK were being hampered by a shortage of the chemical reagents needed to make the testing kits. UK supermarket chains accused Health Secretary Matt Hancock of misleading the public when he falsely claimed that he had been in discussions with them to ensure people in self-isolation received food deliveries. Examples such as these raise obvious questions about the lack of transparency and accountability within the UK government at a time of national emergency.

Therefore, the real fight against coronavirus ‘fake news’ must start with pushing back against the false statements made by our political leaders.

Both CNN in the US and Channel 4 in the UK have led by example in challenging misinformation about issues such as the level of coronavirus testing. This is crucial in states where political elites have much more influence on the actions of citizens than Russian trolls.

Speaking truth to power is critically important during the coronavirus crisis because the false claims of politicians, if unchecked, may have grave consequences for the health and wellbeing of citizens.

• This article was originally published on the web platform Democratic Audit.

VIEW: Inspired by the powerful stories of migrant women living in...

Latest issue of VIEW: Covid-19 pandemic – We salute our brave...

Plans for Europe’s first gym for children across the autistic spectrum...