Home News ‘There should be answers about what happened in care homes’ says Dr... 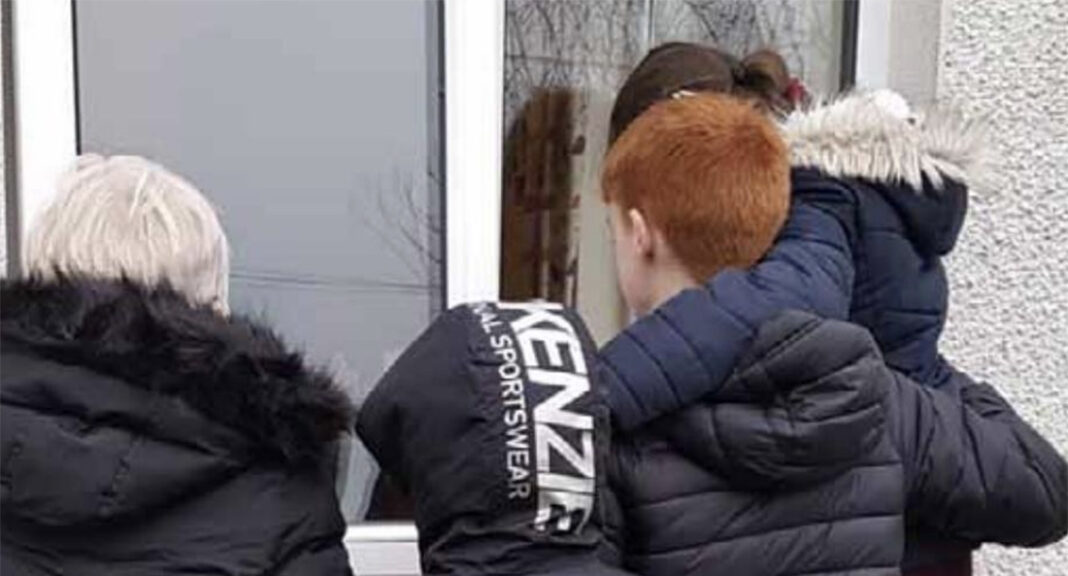 Dr Gabriel Scally tells VIEW editor Brian Pelan why he believes that an all-island approach is needed to tackle the pandemic effectively, and why the care home structure in Northern Ireland, which has been ravaged by Covid-19, should be brought back into the public health system

Brian Pelan: We’re approaching one year of living under Covid-19. How, in your view, has Northern Ireland handled the pandemic?

Brian: What were these ‘serious errors’ that you have referred to since the arrival of the pandemic in the United Kingdom?

Gabriel: A major issue is the state of public health in Northern Ireland in terms of the health of the population and the state of the public health services. There has been a hollowing out of the public health capacity. It meant that the public health system was seriously flawed coming into this pandemic. Also, at the start, not watching what was going on internationally and taking appropriate action. We also failed to shut borders to new cases arriving, and stopping the testing and tracing in March last year, and not restarting it untill April. A central fault for Northern Ireland has been following Downing Street’s pronouncements. This was the major strategic error.

Brian: Should there have been an all-island strategy in terms of tackling the pandemic?

Gabriel: Yes. It has been well proven in this pandemic that islands have a major advantage. The principle of keeping a disease out is something that goes back centuries. Because of our island status, Ireland was perfectly placed to be as successful, in terms of protecting our population, as Taiwan, New Zealand and Australia. I understand that there are entrenched views but this virus doesn’t recognise borders.

Brian: Why, in your opinion, did care homes in Northern Ireland suffer so badly when it comes to the number of deaths due to the pandemic?

Gabriel: I think when the data is analysed, we’ll also have to look at the number of deaths of care home residents in hospitals. The reason that people are in care homes is because they are frail, vulnerable, and mostly elderly. We know that the care home system has been progressively underfunded. We also know that the staffing of care homes is a major issue and that those jobs are ill rewarded and a lot of them are untrained, without career prospects. We know that the virus thrives amid deprivation, overcrowding and amongst minority communities. There was also an absence of infection control training and a lack of adequate PPE supplies.

Brian: Should there be an inquiry into how the pandemic was handled?

Brian: Should relatives who have lost loved ones in care homes have a voice in any inquiry that may be set up in the future?

Gabriel: Relatives should be involved in drawing up the terms of reference for any inquiry. They should also be consulted about who is going to conduct the inquiry and how it is to be conducted.

Brian: What needs to be done to combat future epidemics more effectively and protect people such as residents in care homes?

Gabriel: We have to invest in a public health system that works. It has to cover all the bases – communicable diseases, environmental hazards, smoking, alcohol, obesity, drugs and sexually transmitted diseases. It has to be embedded at the heart of government. Northern Ireland needs to have a chief medical officer who has a public health background. We also need local directors of public health. We also need a multi-purpose plan for dealing with emergencies.

Gabriel: We are going to learn from this pandemic in terms of the architecture of buildings. We also going to need facilities where people can be properly isolated during an outbreak. There should be rooms that can house residents who are infected, and that if they are well cared for, including the wearing of PPE, the virus will not spread. Good ventilation is also extraordinarily important.

Brian: Do care homes, which at present, mostly operate under a private structure, need to be brought back under public control?

Gabriel: I think it should be brought back into public control. There are several reasons. One is about the issue of standards. All of our capital assets are going to require substantial investment which, in my opinion, is best done by the public sector. Having a low-skilled workforce when it comes to care homes is not acceptable anymore. We’ve got to create real opportunities for young people. Working in care homes should, in the future, be seen as a positive career move. People should also be rewarded in terms of good wages and pensions. The care home sector needs to be professionalised.

Brian: Are you optimistic or pessimistic in terms of the future ahead in regard to dealing with this pandemic?

Gabriel: I think it’s going to be a very rocky time ahead. I’m also very worried about the new variants of the virus. We have to continue trying to get the number of infections down and also trying to keep the virus out from this island. The need for an all-island approach is even stronger now.

• Dr Gabriel Scally, former regional director of public health (RDPH) for the south west of England. He is a visiting professor of public health at the University of Bristol and president of the section of epidemiology and public health of the Royal Society of Medicine. He is a member of the Independent SAGE group, formed during the COVID-19 pandemic in 2020

• How you can support our independent journalism – https://viewdigital.org/subscribe/