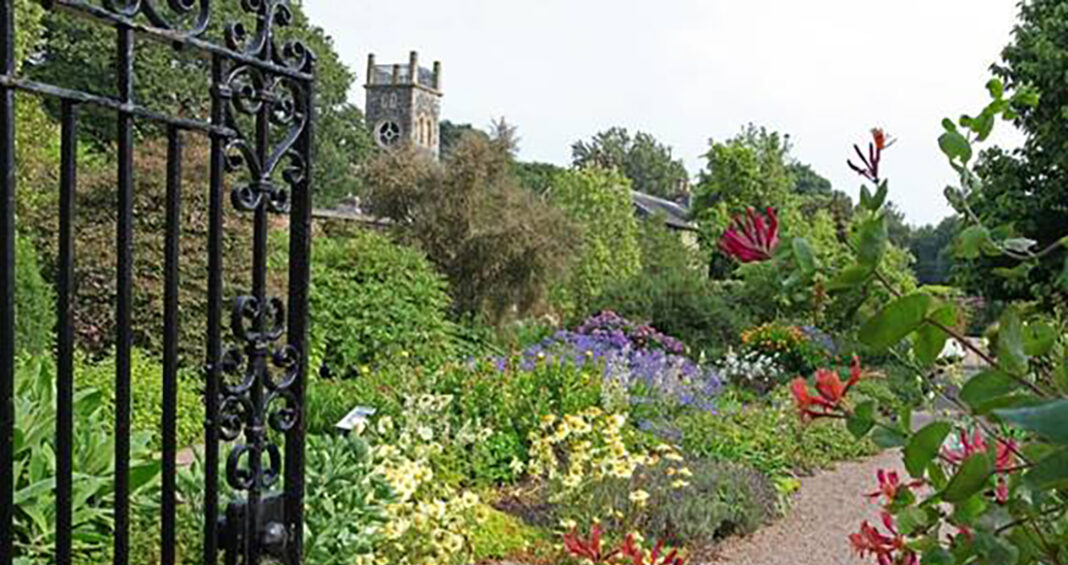 Main image: Step into the walled garden at Rowallane Garden, Co Down

This autumn go in search of a secret garden of your own with the National Trust’s list of lesser-known gardens to visit.

Since it was published in 1910, Frances Hodgson Burnett’s novel The Secret Garden has bewitched generations of children and adults alike. Now a new film adaptation, starring Colin Firth and Julie Walters, is set to breathe new life into the famous tale.

The plot of the children’s classic centres around the restorative powers of a hidden garden in which friendship blossoms and emotional scars are healed.

Escape to your own secret garden with this selection of enchanting gardens cared for by the National Trust.

Before visiting, please always check local government guidance on travelling. You can check the property’s webpage in case of local restrictions.

Originally created in the 18th century for the ‘Earl Bishop’ Frederick Hervey, Downhill’s official ‘Secret Garden’ has only recently been unearthed. In 2016 work began to restore the overgrown site near Bishop’s Gate, and you can now explore a secluded semi-woodland glade that is filled with seasonal blooms. The garden is also home to ‘George’, a headless 8ft tall statue of Frederick’s brother that was discovered amid the weeds.

The walled garden at Mount Stewart, County Down

Mount Stewart has gained international recognition for its world-class formal gardens, but did you know there is a secret rose garden, hidden within a walled garden on the estate? At the top of the lake walk follow the path to what was once the rose garden, dairy and vinery. Undiscovered by many, the historic walled garden is home to a fragrant traditional rose garden and one of the oldest grape vines in the UK and Ireland, ‘The White Syrian’ planted in 1769. Work is currently underway to restore this area of the estate, but even in its current state, it’s utterly enchanting.

The walled garden at Rowallane Garden, County Down

Originally built for vegetables, over time the walled garden at Rowallane Garden became more focused on ornamental planting and today it offers a quiet sanctuary just a few miles from Belfast city centre. A secluded retreat set against the backdrop of meadows and woodlands, the walled garden features herbaceous plants, bulbs and a herb garden. It also boasts a magnolia so tall that when it blooms in early spring, it can be seen from the car park.  Not to be overlooked, the outer walled garden features a pond, a selection of Hydrangea and a young Pocket Handkerchief Tree.

The pleasure grounds at Castle Ward incorporate a Pinetum, (established to house trees and shrubs sourced from exotic places around the world); a rockery and the 19th century Windsor Garden, now known as the Sunken Garden. Recently restored back to the historic presentation captured on canvas in a painting by Mary Ward in 1864, the sunken garden is one of the best examples of a Victorian garden on the island of Ireland. Featuring 61 beds and over 4,000 bulbs, the colour scheme changes seasonally and is always a show-stopper.

Nestled in this wooded estate beside the River Blackwater are sweeping lawns with two formal gardens. Stroll through the small charming rose garden with dwarf rose bushes in box-edged beds surrounding the striking sundial. See this beautiful display at its best in June and July when the roses bloom brightly filling the air with a light floral scent. Or play hide and seek in the magical yew tree arbour, a truly secret place to get lost in the shadows.