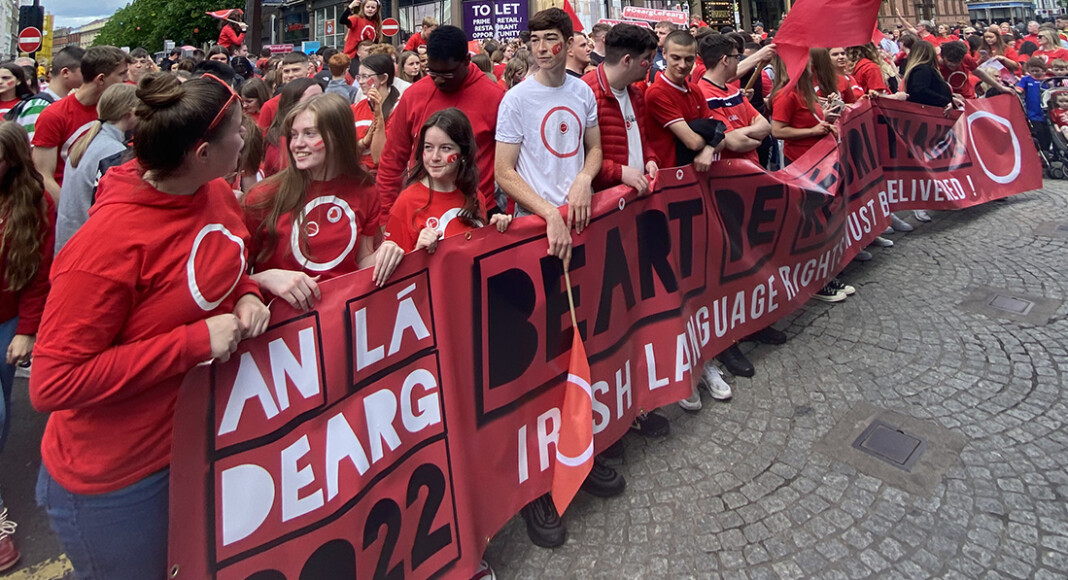 Thousands of people attended a rally in Belfast on Saturday calling for Irish language legislation.

Protesters marched from the Falls Road in west Belfast to Belfast City Hall city in a demonstration organised by Irish language activist group An Dream Dearg.

Most of the marchers were dressed in red, the official colour of the An Dream Dearg campaign.

Supporters cheered as they were told that the days of “insults” and discrimination against Irish speakers were over.